It will be on view again to the public starting Wednesday, February 22, 2012. 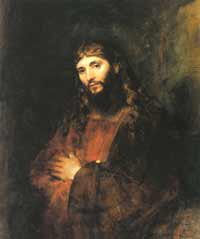 As part of a landmark traveling exhibition titled Rembrandt and the Face of Jesus, this Hyde masterpiece traveled from April 2011 through February 12, 2012.

It first went to the Louvre in Paris, then back to the United States to the Philadelphia Museum of Art and then to Detroit Institute of Art before coming back to Glens Falls.

This exhibition gave The Hyde and Glens Falls great exposure in both American and European newspapers and on line articles.

Did you know that the Hyde had a Rembrandt? Will you go see the piece now that it’s back?