The Adirondack Flames have recently announced their new mascot – and fans sure are happy about it! ‘Dash’ The Dalmatian debuted after the Flames’ game last Wednesday during their 3-2 overtime win against Toronto. 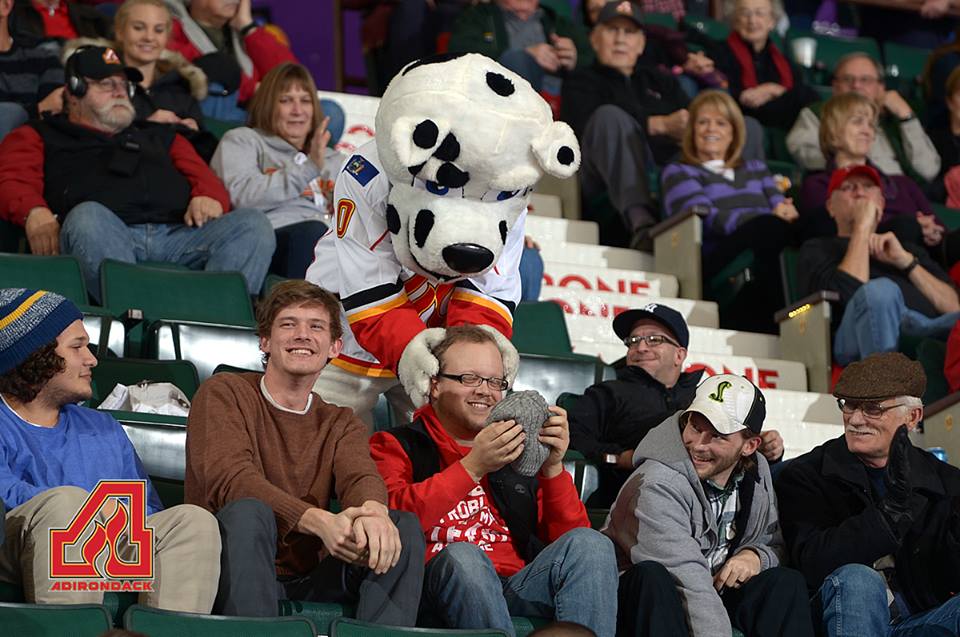 Photo Credit: Andy Camp and the Adirondack Flames
Just in time for the New Year, the Adirondack Flames unleashed their newest mascot to the public, who was happily (and quickly) embraced by Flames Fans. As an over-sized dalmatian, Dash is a more traditional mascot, giving the perfect amount of warmth, fuzziness, and spirit to the game. Dash is, undoubtedly, a worthy replacement for the beloved Dax.

Sporting his very own Flames jersey and a huge smile on his face, it was no surprise that Dash became an instant hit with families and children alike. Kids were eager to get a shot with the dalmatian, and they sure did look cute! 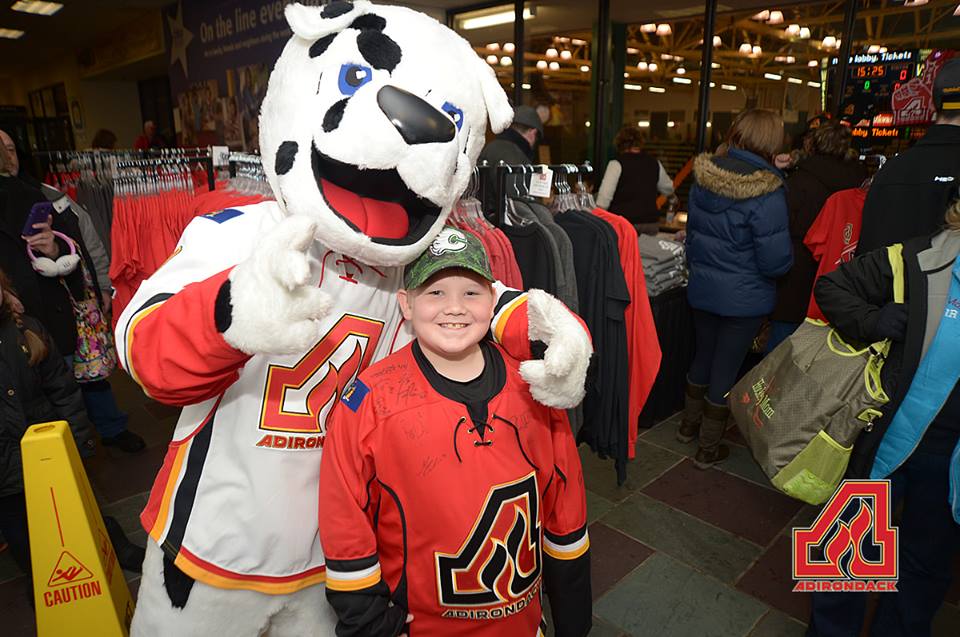 Fans were thrilled to finally have a mascot back at the games. Facebook fans were posting their first impressions of the new mascot, with positive feedback:

“Woo a new mascot for the Flames! Love the Dalmatian!”

Previously, we asked our Facebook Fans for their suggestions and guesses of a new mascot for the Flames, and we actually had many that got it right! Check out the list of people who predicted a dalmatian as the mascot:

Looks like the Flames really got it right this time! We look forward to this furry mascot helping us cheer on the Flames for the rest of the season. 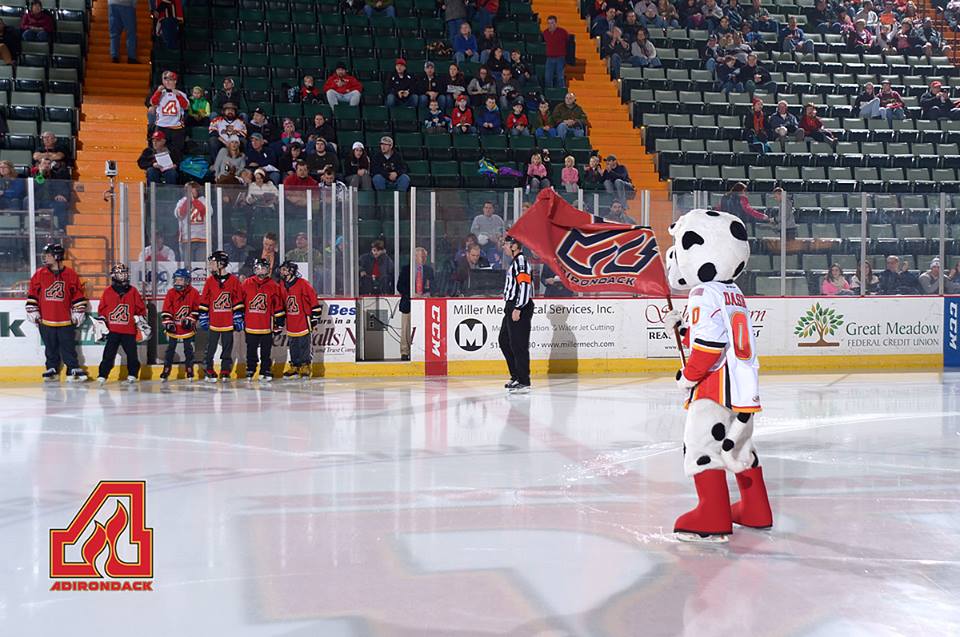 See Dash for yourself at an upcoming Flames game! Check out the remainder of their 2015 season >>