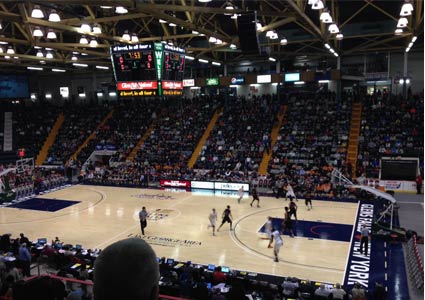 All three teams hail from Section 2 (the Capital Region) and all had very impressive seasons capped off by their championship victories.

Lake George went 26-1 on the season and clinched its second state championship in three years when senior standout Joel Wincowski made a 27-foot three-pointer with 1.6 seconds remaining to beat Waterville 53-50. In February, Wincowski broke Jimmer Fredette’s Section 2 scoring record and is now 5th on the all-time state list with 2,615 total points in his career.

Scotia-Glenville won its second consecutive championship and its 53rd game in a row, becoming the first team in Section 2 boys basketball history to repeat in back-to-back years. The Tartans defeated Greece Athena 54-49 and finished the year 26-0 largely due to major contributions from tournament MVP Joe Cremo.

As dominant as Shenendehowa is in a plethora of sports programs, it has been 28 years since its last boys basketball championship victory. This year, though, the Plainsmen went 25-0 and defeated Brentwood by a score of 76-63 to capture the title. Junior Kevin Huerter and senior Thomas Huerter were the team’s offensive leaders.