Cider lovers, unite! Feel like you can’t enjoy Glens Falls Brewfest because you don’t like beer? Think again! More than a handful of cideries will be attending this year. For those unfamiliar, the Brewfest is a beer, ale and cider tasting event that draws the best breweries and cideries from near and far! 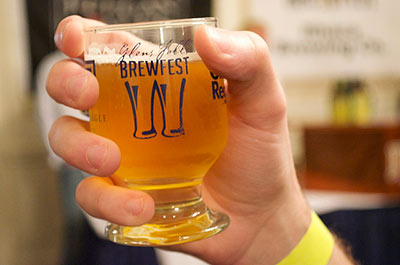 The 2015 Glens Falls Brewfest boasts an interesting and diverse span of ciders this year, in addition to their very long list of craft brewers. Here are some of our favorites that landed a spot on the roster this year:

Gluten-free and delicious? Sounds too good to be true but luckily for us, it’s not. Since starting in 1991, Woodchuck has become one of the better known cider brands and has over 10 different flavors! Claiming they would be considered “Amish” if they were any more handcrafted, it is definitely a cider to try this Brewfest!

Holding six awards in the field of best cider at multiple beerfests and food & wine classics since their birth in 2011 is pretty impressive! With flavors from “Lazy Lemon” to “Black Cherry” there’s a cider for every palette!

Even an IPA lover may want to try this… Doc’s has crafted a dry hopped cider! Doc’s is made at the Warwick Valley Winery, which became the first fruit-micro distillery in New York in 2001. Talk about pioneers in their field!

With three awesome flavors and a so-ugly-it’s-cute mascot, it’s not hard to see why Naked Flock is a favorite. Also, stop by their table and ask about how they got their name.. it’s quite the folk-tale!

Hailing all the way from Sonoma, California is ACE! ACE currently holds 12 awards and outstanding reviews. I would say we’re pretty lucky that they’re making the trek to our side of the country for Brewfest!

The Glens Falls Brewfest will be held on March 28th from 4:00 pm to 8:00 pm at the Queensbury Hotel. Attendees will have access to samples from a very long list of craft brews and ciders, a keepsake commemorative tasting glass, complimentary finger foods and an evening filled with entertainment… there’s no reason not to attend!

Tickets are $40 in advance and $45 at the door. Designated drivers pay only $10 to enjoy unlimited water, soda and finger foods.

You can purchase tickets at both Davidson Brothers and Cooper’s Cave. Proceeds will benefit the Adirondack Theatre Festival and the Feeder Canal Alliance. Last year’s Brewfest has bragging rights to more than $18,000 raised… Let’s try and beat it this year!

Don’t miss your chance to enjoy a drink, or maybe even two of your favorite cider or beer!