The Adirondack Civic Center Coalition and the Glens Falls Civic Center Foundation have recently announced a new fundraising campaign that will enable 4,774 donors to make their mark on the building, if only for the next 10 years or so. 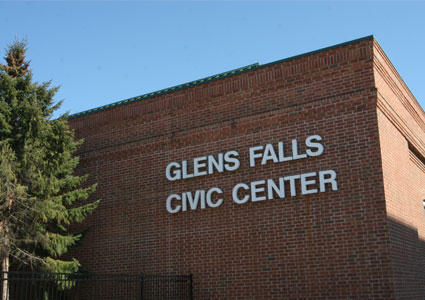 Why 4,774? That’s the number of seats in the Civic Center! The Coalition and Foundation are selling naming rights to the arena’s seats for $100 each, which will result in $477,000 if the campaign is fully successful.

The Post Star recently reported, “A $100 tax-deductible contribution gets your name on a name plate affixed to a seat of the contributor’s choice, on a first-come, first-serve basis. The naming right is for 10 years or until current arena seating is replaced, whichever comes first.”

All the funds raised will be put toward operating expenses and lease payments to keep the Civic Center up and running. According to The Post Star, the groups report that they’ve already had approximately 100 individuals express interest in buying a seat.

If you have questions about the campaign or wish to purchase a seat, contact the Civic Center at 518-798-0366.

What do you think about the Civic Center’s plan to raise money? Would you purchase a seat?