For many of us, bike riding is another way to stay active, to spend time in the great outdoors. However, for Glens Falls resident Robb Freed, bike riding has been his therapy after the loss of his young son to epidermolysis bullosa (EB), a rare disease. In honor of his son, and to raise awareness of EB, Freed plans to bike over 7,000 miles coast-to-coast, from Florida to Oregon, and then finish his round trip journey in the Northeast. 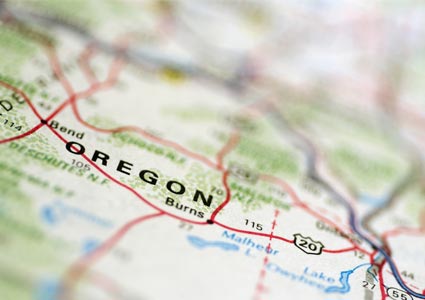 Born in 2007, Freed’s late son Drake E. was diagnosed with the genetic connective tissue disease known as EB. The potentially deadly disease affects 1 in every 20,000 births here in the U.S., and symptoms can range from skin blisters to tooth decay. According to the Dystrophic Epidermolysis Bullosa Research Association of America (DEBRA), EB is “the worst disease you’ve never heard of.”

Sadly, Drake E. succumbed to the disease in 2008, when he was only 13 months old. Freed handled this devastating loss by focusing on one of his lifelong passions, bike riding. “I found that time spent riding my bike was my time, or my therapy, and helped me in many areas of my life,” Freed told the Times Union. Bike riding has been his form of release over the years, and the Post-Star noted that Freed sometimes rides 600-700 miles a month.

Just last year, Freed participated in the Great Cycle Challenge, a fundraiser for the Children’s Cancer Research Fund. Participants in the nationwide event tally both their miles and how much they raised in the month of June. Freed logged 1,033 miles on his bicycle and raised over $1,300 in 2015. For this year’s fundraiser, Freed has set the bar at 1,124 miles, and he hopes to raise at least $2,000.

Freed, a 50 year old sous chef at The Glen at Hiland Meadows, will face his greatest cycle challenge yet when he takes off on his cross country trip in late 2016 or early 2017. The trip from Jacksonville, Florida to Astoria, Oregon, and then back east to the Boston area, is expected to take 5 and 1/2 months. He is currently seeking donations and sponsorship for the trip and to raise money for DEBRA; you can donate directly to DEBRA’s site in July. Not only that, but Freed will also donate some of the money to a few local organizations, including Lake George Region Women for W.I.N., Luzerne Music Center, Upstate Autism Alliance, South High Marathon Dance, and Wait House.

During the trip, Freed plans to do more than pedal. He told the Times Union,”we don’t want just to ride through these towns; we want to be seen.” A driver and a media specialist will accompany Freed, and along the way, he will work to spread awareness of EB. Although Freed knows he isn’t getting any younger, he is prepared to ride six days a week, at an average of 60-100 miles per day.

We wish Freed safe travels on this upcoming trip!