Two weeks after announcing their 2016-17 protected list, the Adirondack Thunder have announced their season-ending roster for the 2015-16 season. 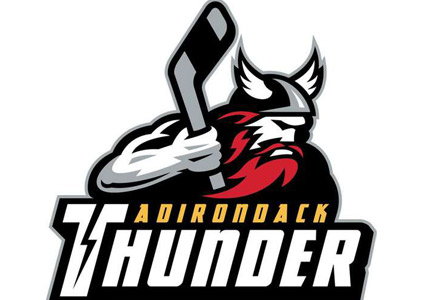 The roster consists of 20 players who were on ECHL contracts during the 2015-2016 season.

All of these players are also on the Thunder’s protected list and 16 of them were on the Kelly Cup Playoff roster.

The remaining seven players from the Thunder’s playoff roster were not eligible to be protected because they were assigned to the Thunder on either NHL or AHL contracts.

Each team in the ECHL can reserve the rights to a maximum of eight players from the list of 20, and must extend qualifying offers by no later than July 1st. Only four of these players can be veterans with at least 260 regular season professional hockey games under their belts. Teams are not required to send a qualifying offer to players who have signed a contract prior to July 1.