Davidson Brothers is one of the most popular brewing companies in the region with a wide variety of signature and specialty beers. In a recent announcement, Rick & John Davidson revealed their decision to sell their Queensbury brewery to Northern Eagle Beverages of Oneonta, NY. 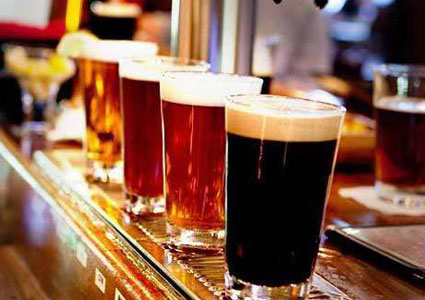 Davidson Brothers established its main Glens Falls location in 1996. The company opened its Queensbury brewery in 2014 and features tours, tastings, a store with products, merchandise, and of course, beers. The Queensbury location is recognized as the second largest Peter Austin brewery in North America.

In a July 2016 announcement, Davidson Brothers has said it will sell the brewery to Northern Eagle Beverages, the parent company of Cooperstown Brewing Company. Northern Eagle was founded in 1986 by Lou Hager, a member of the Busch brewing family. The company owns Hager Hops, which is the largest hops farm in the eastern United States.

The sale will allow Northern Eagle to upgrade the brewery and provide essential expansions. The company plans to increase brewing capacity, product, and package offerings by adding 100-barrel lagering vessels and a fully-automated canning line.

Despite these additions, much of the brewery will remain the same. Northern Eagle has offered all current employees continued employment, and the company will use the same 50-barrel Peter Austin brew system to make Davidson Brothers ales, Cooperstown beers, and more.

The official sale isn’t expected to take place until the end of summer, but once it’s finalized, you can expect the same great beverages and more from the new Davidson-Northern Eagle partnership. Plus, you’ll still be able to enjoy Davidson Brothers Restaurant & Brewery in Glens Falls!