Do you know anyone who has ever participated in the Macy’s Thanksgiving Day Parade? Many locals will soon be able to say they have – a 14-year-old Glens Falls High School student will be in the ultimate Thanksgiving parade next week! 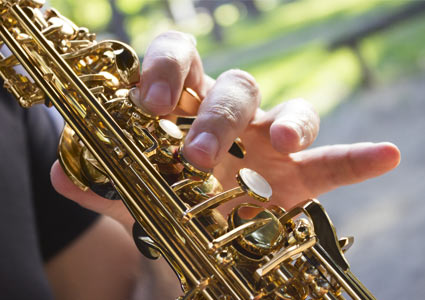 Sean Pettis is amazing on the saxophone, and has been playing the instrument for five years – now he gets to celebrate his skills and love for music by participating in the Macy’s Thanksgiving Day Parade.

“I had to send an audition video, a letter, and a resume sheet,” Pettis told The Post Star. “I was really excited when I found out. I had friends over, and that was great.”

The whole family is heading to New York City on Sunday, where Pettis will meet with the parade organizers and the other band members. The band will learn two songs and practice marching together. Pettis will be staying in New York through the rest of the week up until Thanksgiving; his family will head back to Glens Falls and then go down later in the week to see him on Thursday.

“I’m very proud of him,” Pettis’ father, J.R. Pettis, told WNYT. “He works very hard at the music. And he’s going to have a great experience I think.”

Although this will be his first time in the parade, Pettis is no stranger to performing. The high school freshman has played at local bars and restaurants, on the street in Lake George, and has soloed the national anthem at a few professional hockey games at the Glens Falls Civic Center. Pettis hopes to eventually perform on Broadway.