You’re probably familiar with the $10 million Revitalization grant at this point. The city was awarded a $10 million grant to help revitalize a large portion of its downtown area last fall. There have been many ideas tossed around town on what the city should do with the grant, and residents are getting antsy to find out how the funds will be spent.

A new development group, City Revitalization & Advancement Partnership, has proposed the newest plan that has caught the attention of some local officials. 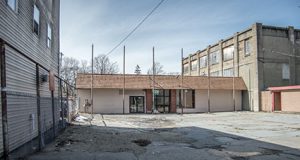 The plan starts with a fresh rehab of the defunct Off Track Betting on South Street. With ample parking, beautiful flag poles, and a great location set back off the street, the organization states that this is a “huge missed opportunity to retain people and their gambling habits, instead of sending them off somewhere else”. The plan includes improvements to the facade, new (free) ATMs, and digital betting machines that will require minimal oversight from OTB employees. 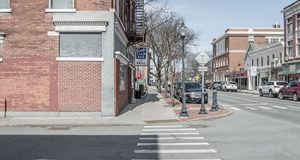 A few paces up South Street sits a popular bar and restaurant, Sandy’s Clam Bar and Grill, that was recently seized by the IRS. Spokesman Riley Rong says the group plans to bid on the property in an upcoming auction and give the place a slight rehab to turn it into more of a sports bar, but maintain the quality food and the fantastic atmosphere that we’ve all grown to love. 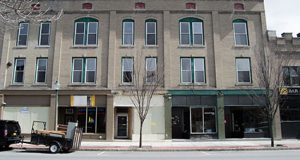 Plans for the other side of the Street of Dreams include a new taxi cab company and a cheap motel that charges by the hour. The City Revitalization & Advancement Partnership is confident that the cheap motel will keep nightclubbers from getting behind the wheel after they’ve had one too many adult beverages, as it offers them a bed they can lay down, relax, and sober up in for exactly as many hours as it takes.

APRIL FOOLS – no new updates on the revitalization project as of now, we’ll keep you updated when we hear something!