Please contact businesses to confirm their hours before visiting.
Official Guide to the Greater Glens Falls Region
Enter Giveaways Advertise
Home  »  Arts  »  8 Great Events You Can Check Out This Weekend In & Around Glens Falls: Oct 20 – 22

Some really exciting events are going on this weekend in the Glens Falls area, including a reenactment by the Glens Falls Area Suffrage Centennial Committee. You can also check out a film festival, Halloween fun, a Thunder game, and more. 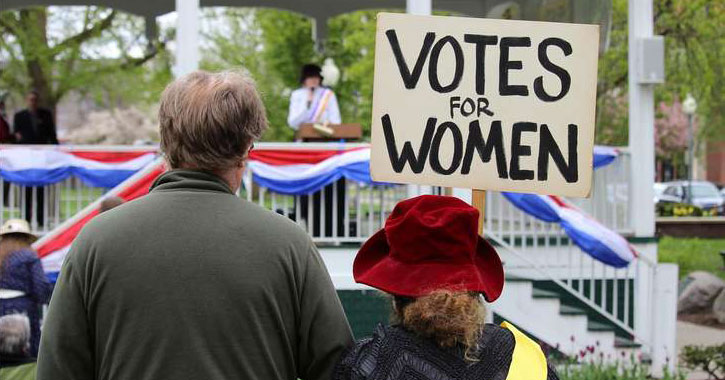 Be a Part of an Important Reenactment

New York granted full voting rights in 1917, making this year the centennial anniversary! The Glens Falls Area Suffrage Centennial Committee is hosting a 1900 Suffrage Convention reenactment at the First Baptist Church to commemorate the New York State Women Suffrage Centennial. You can check out national figures being portrayed, speeches, a one-act play, and music and entertainment similar to the 1900 event.

Read more about the reenactment here >>

The Adirondack Film Festival is going on now through Saturday at various venues in Glens Falls with feature films, short films, kids films, panel discussions, parties, and more. A one day pass is $30.

One of the highlights of the Adirondack Film Festival is the Bright Lights Documentary, which will be shown at The Queensbury Hotel. The film follows the journey of six storytellers in New York.

The Deux Enfants Terribles Exhibition at The Hyde is coinciding with the Adirondack Film Festival. While you’re out and about checking out the films going on in the area make sure you stop at The Hyde and check out this exhibition, which includes a work by Van Gogh.

Get Into the Halloween Mood

The Little Theater on the Farm in Fort Edward is hosting its annual Haunted Barn this weekend and next weekend. This year’s theme is “Very Grim Fairy Tales.” Tickets are $8 for adults and $5 for kids ages 4 to 12.

The Rocky Horror Picture Show at The Strand Theater

You can see the cult classic The Rocky Horror Picture Show at The Strand Theater in Hudson Falls for $10.

Have Fun at a Food Fundraiser

Brooks House of BBQ will be at St. Michaels the Archangel in South Glens Falls serving up a delicious chicken dinner with barbecue chicken, a baked potato, coleslaw, roll, dessert, and drink for $14.

Check Out the Latest Thunder Game

See the Adirondack Thunder take on the Manchester Monarchs at Cool Insuring Arena this Friday, which is Capital Region Hockey Night. Get a $15 ticket by wearing a jersey from any professional team in Capital Region history.

Check out a winery, brewery, or distillery this weekend >>

Browse the full events calendar for more events going on >>