Each year, The Hyde Collection in Glens Falls presents changing exhibitions in their five galleries that highlight various themes and artists. The museum has recently revealed their 2019 exhibition lineup, which will focus on changes in technology, vision, mind-set, or social change. 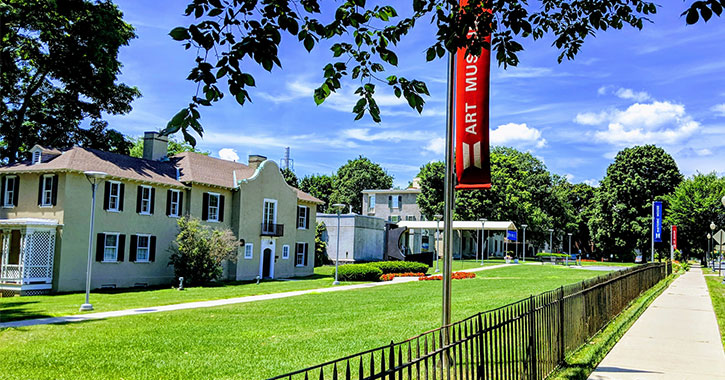 Explore The Hyde’s Upcoming Exhibitions for 2019

The first new exhibition at The Hyde Collection this year will be Colorama from the George Eastman Museum, a collection of 36 reproduced images that chronicle the evolution of photography and a nation.

For over four decades, massive advertisements displayed in New York City’s Grand Central Terminal captivated visitors with their images of an idyllic America, such as beautiful landscapes and family road trips. Colorama places a spotlight on these unique advertisements.

The Hyde’s permanent collection is home to approximately 4,000 works, which can make it hard to pick a favorite. However, for the From the Vault: Staff Selections exhibition, museum staff members have chosen artworks that stand out to them, including pieces by Pablo Picasso, Edgar Degas, Winslow Homer, and the Master of Monte Oliveto.

Greenwich, NY native Jacob Houston provides a glimpse into everyday life through his idyllic land- and cityscapes. He romanticizes the places he travels and recreates the world with bright color and enamel-like scenes.

The High School Juried Show is an annual exhibition at The Hyde Collection that displays artworks from some of the brightest talent in area high schools (Warren, Washington, Saratoga, Hamilton, and Essex Counties).

John Sloane is renowned as a central figure of the Ashcan movement, and his artworks offer a glimpse of New York City’s rougher neighborhoods. From the Rooftops is organized by the Palmer Museum of Art of The Pennsylvania State University, University Park, PA, and it is accompanied by a publication.

This exhibition highlights works from artists who live within a 100-mile radius of Glens Falls and the Capital Region. This year, Artists of the Mohawk Hudson Region will be juried by prominent regional resident, artist, and educator Victoria Palermo.

Learn more about The Hyde Collection >>