Official Guide to the Greater Glens Falls Region
Enter Giveaways Advertise
Home  »  Community  »  Think We Have It Rough In Winter?

Take a look at this scene! A rare print photographed and colorized by an acclaimed Adirondack photographer is among the winter images now on display at the Chapman Historical Museum in Glens Falls. 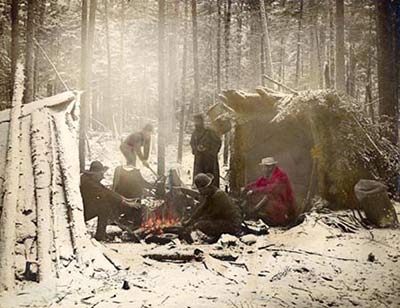 Timothy Weidner, Director of the Chapman Historical Museum tells The Post-Star of Glens Falls that only a few of Stoddard’s photographs from the late 19th and 20th centuries were personally hand-colored.

“Winter Views,” the exhibit of 17 Seneca Ray Stoddard photographs, will be on display through April 5.