When spring finally rolls around to Glens Falls, coin drops can be seen scattered throughout the city. Coin drops are a quick and easy way for people to donate and for local organizations in the community to raise money. However, the familiar practice has recently come under fire as a safety hazard. 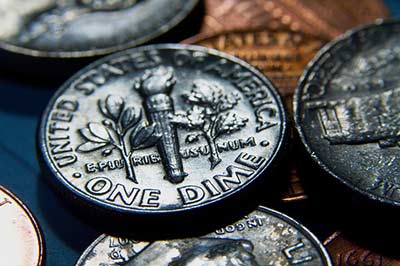 photo credit: img_9380-raw via photopin (license)
While New York State has banned coin drops, there is an exception for some villages and cities. Glens Falls, one of the few places that still allows coin drops, is the most recent community where questions regarding their safety have come up for debate. In fact, the Glens Falls Common Council is considering banning them in the future.

Glens Falls city law states that coin drops “shall not inhibit the flow of normal traffic” and “a tag or some receipt must be given to the donor.” However, Richard Saunders, a Board of Public Safety member reported to the Post Star that he feels that it is nearly impossible to slow down enough to actually give money and get a receipt without completely impeding the flow of traffic in that area.

Police Chief Michelle Arnold also chimed in to the Post Star stating, “Clearly, any time somebody’s standing in the middle of the road, that would be a safety hazard.”

Over the last few years, it seems as though the police have begun cracking down on coin drops in the area. In September of 2013, State Police issued three tickets for violations to state vehicle and traffic law to volunteers with the Fort Ann Fire Department that were conducting a coin drop.

Hank Pelton, president of the Greenjackets football team reported to the Post Star that approximately $900 was raised from a coin drop to buy their team jerseys.

Pelton stated that city officials are overreacting and should increase safety rules for coin drops instead of banning them across the board. He also said that if coin drops are banned, they would have to seek more funding from routine community donors.

With coin drops being conducted in the area for so long, what do you think has made them come under fire recently? Are city officials over-reacting?

If you would like your voice heard by officials, head to the meeting tomorrow evening! The Glens Falls Common Council is holding a public hearing on April 14th at 7:20 pm on the third floor of City Hall.

Do you think coin drops are a safety hazard? Let us know in the survey!