It’s undeniable that craft breweries are taking the country by storm, and the trend is being reflected regionally as well. According to Governor Cuomo, New York State’s craft beer industry grew 59% from 2013 to 2014, and is continuing on its upward path. The impact of the industry as a whole in New York is estimated to be around $3.5 billion. All of this has resulted in Empire State Development (ESD)’s decision to award $168,300 to the Adirondack Regional Chamber of Commerce (ARCC) for the purposes of promoting its Adirondack Craft Beverage Trail and boosting tourism in the region. 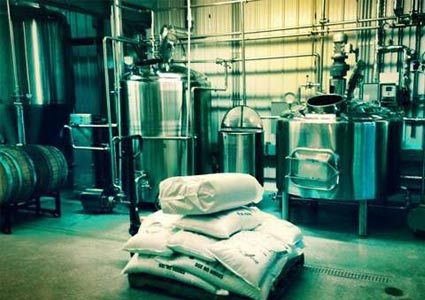 Over the last several years, craft beverage businesses – including breweries, wineries, distilleries, and cider houses – have been popping up all over the region, bringing the Craft Beverage Trail’s total to 22 producers. One such business is Common Roots Brewing Company, which opened in December in South Glens Falls. Although it is currently just a tap-room operation, the owners have plans to begin bottling and distributing their brews in the future.

The ARCC plans to use the new money to update the Trail’s map, as well as to launch a new mobile app and website, to make it easier for tourists to find the producers’ locations. The projected launch date for the website is Memorial Day weekend with the mobile app following on Fourth of July weekend. The enhanced promotions will ideally attract more tourists to the region, which will result in more money flowing into the local economy.

ESD’s funds were given as part of its Craft Beverage Industry Tourism Promotion Grant Program, which was “created to help grow tourism across New York State by promoting destinations, attractions, and special events explicitly related to the craft beverage industry.” There is also a Craft Beverage Marketing and Promotion Grant Program, which seeks to “increase the profile, awareness, and sales of New York State produced wine, beer, spirits, and hard cider.”