The Post-Star Holiday Parade is one of the most popular seasonal events in the Glens Falls Region, and the parade’s organizers recently announced the two grand marshals for this year’s event. 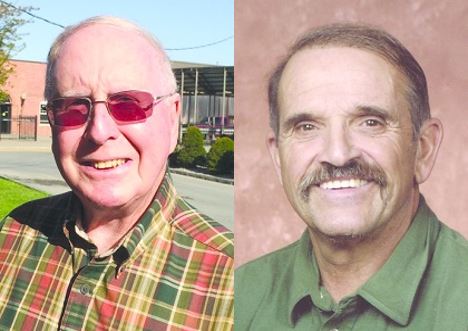 “This year’s grand marshals epitomize the spirit of the holidays,” said Post-Star publisher, Terry Coomes, in a statement. “Gerald Eichin and Frank Munoff have worked tirelessly to make the season special for more than 50,000 area children since 1974.” Operation Santa Claus works through schools and organizations to purchase food and clothing for children in counties around the region.

Eichin and Munoff are flattered by their selection, with Eichin saying, “After 40 years of working with Frank, it’s a compliment to have us be part of the holiday spirit the parade provides the community.”

Head to Route 9 in South Glens Falls on November 22 to see this year’s grand marshals lead the parade! And don’t forget to bring a new, unwrapped toy for Toys for Tots and a nonperishable food item for the Tri-County United Way “Live United” programs!

Learn more about the parade >>