Looking for weekend plans? Check out these five events happening in and around Glens Falls! 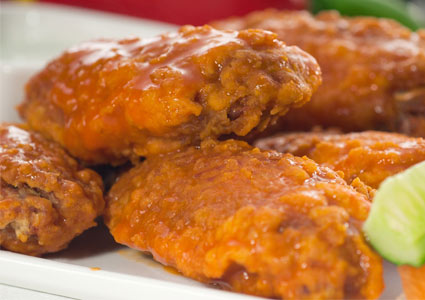 Enjoy an evening of acoustic/roots/Americana with Dave Rozelle on Friday! Rozelle has played with a number of bands and also has three solo albums. His original music is influenced by Crosby Stills Nash and Young, David Gray, the Beatles, and more.

2. Sherlock Holmes and the Musgrave Ritual

Hudson River Shakespeare Company will present “Sherlock Holmes and The Musgrave Ritual” this weekend at Fort Edward’s Little Theater on the Farm. This production tells the story of Sherlock Holmes undertaking a treasure hunt when he has not yet met Watson.

The Glens Falls Collaborative will host its second annual Wing Fest on Saturday afternoon! Try wings from a variety of different local restaurants, and if you taste at least eight different entries, you can cast a vote for your favorite.

4. Opera Saratoga at The Hyde

Join Opera Saratoga in the Hyde House courtyard for opera and song inspired by great artists and works of art! Soprano Evan Kardon, tenor Dominick Corbaccio, and pianist Laurie Rogers will be featured.

A gorgeous sunset awaits you in this one day nature photography tour with Adirondack photographer Carl Heilman II. The tour is designed for those who are already comfortable with camera basics and who wish to receive mentoring while in the field.