For those who have dreamed the dream of becoming a movie star, we only need to look in our own backyard for inspiration. One South Glens Falls woman is making her acting aspirations come true in a big way. 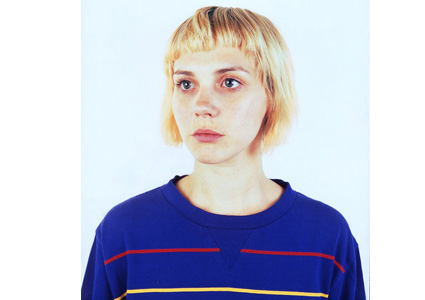 Photo Credit: Noah Dye
While many actors find themselves struggling for years before landing a role, taking up jobs like waitressing, South Glens Falls native Laura Hajek has seamlessly made the leap from small town acting to big picture movies. She’s currently working on the film “The Dinner,” starring Richard Gere.

The 26-year-old told The Post Star, “I’ve been acting pretty much my whole life, so to me it hasn’t seemed very quick, but this year has been a whirlwind, in terms of things falling into place and it’s awesome.”

Hajek started out acting on stage at the Lake George Youtheatre, and on camera for the Ravacon Collective, a group of flimmakers and artists based in Glens Falls.

Once she moved to New York City, blossoming into a solid working actor really started to become a reality for Hajek. Now, in addition to “The Dinner”, she’s working on Netflix’s “Get Down”, about the start of hip-hop in New York City, and HBO’s “Vinyl”, about the music scene in 1970s New York City, which is being produced by Mick Jagger; these are larger productions than the indie work she has done in the past.

“What’s most important is working on projects I think are most inspiring, or evoke emotion from people watching them,” Hajek told The Post Star.

The fact that Hajek is working on two music-related shows right now is no coincidence, as the young woman works on projects she feels passionately about, and music is undoubtedly a huge part of her life.

In addition to her acting work, Hajek is also a member of the band Edith Pop, who describe themselves on their Facebook page as “only [believing] in rock and roll.”