July 9th and 10th is a Weekend of Culture at the Fort Salem Theater, where you can have a chance to see an autobiographical dance drama depicting the career of Isadora Duncan. 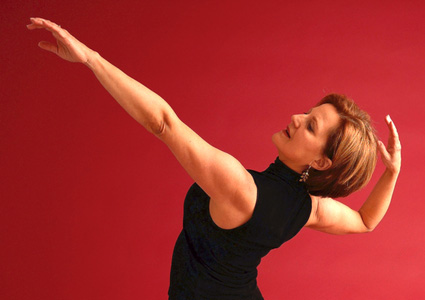 Photo provided
Revolutionary! Isadora Duncan is starring Diane Lachtrupp and it chronicles the story of an iconic dancer who transformed the meaning of what serious dance is.

Isadora Duncan, the “Mother of Modern Dance,” was an American pioneer who is still considered to be one of the most significant influences on the culture of modern arts.

Before Duncan came along in the late 1800s and early 1900s, ballet was considered to be a rigid form of dance – but she changed all that. Her style of dancing was free-spirited and free-flowing, as she abandoned the restrictive corset, danced in bare feet, and let down her hair.

As her style developed, Duncan incorporated aspects of ancient Greece into her dancing, integrating elements of beauty, philosophy, and humanity into her work. As her career took off, she began dancing to Italian music, with costumes and themes inspired by Greek myths and Renaissance paintings.

Duncan was truly revolutionary for her time. The impact she had on contemporary dance and culture is still unmatched today.

Lachtrupp, who will be portraying Duncan, has years of experience of dance behind her, and runs the Tango Fusion Dance Company in Saratoga Springs with her husband.

Be sure to check out this unique performance, with Duncan’s amazing career played out on stage through the art of dance.