From the region’s beautiful parks to the downtown business district, there are an endless number of reasons to love the City of Glens Falls. If you’re interested in moving next year, you’ll definitely want to consider Glens Falls – it was recently named New York State’s best city for a successful 2017! 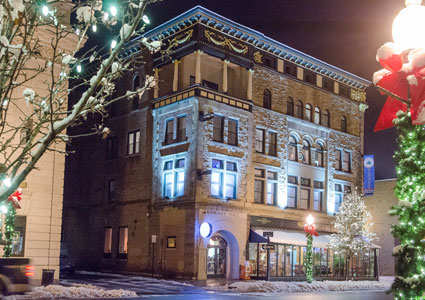 Photo: http://www.mclaughlinphoto.com/
GOBankingRates.com recently conducted a nationwide study to determine the best cities in the U.S. for a successful new year. The study focused on three cities in each state with the lowest unemployment rates since August 2016, and then picked out the best city based on four criteria.

Compared to the rest of the cities in New York State, Glens Falls was selected as the best place to live in and move to for a successful 2017! The city ranked high in all four criteria:

To local residents, these numbers should come as no surprise. Although households in New York City make more than Glens Falls households, Glens Falls is much more affordable to live in overall.

Not only that, but Downtown Glens Falls will receive a huge boost to its economy and standard of living thanks to its $10 million Downtown Revitalization Initiative grant!

Some of the initiative’s plans include transforming South Street into a thriving residential and retail district, creating jobs, and making the area even more accessible. Project planning is expected to finish in early 2017, so Downtown Glens Falls will be growing sooner rather than later.

There’s a lot to look forward to in the City of Glens Falls next year! Will you be there?