Lots has been happening in the Glens Falls business community! From familiar names celebrating milestone anniversaries to brand new businesses bringing jobs and unique services, business in and around Glens Falls is growing. 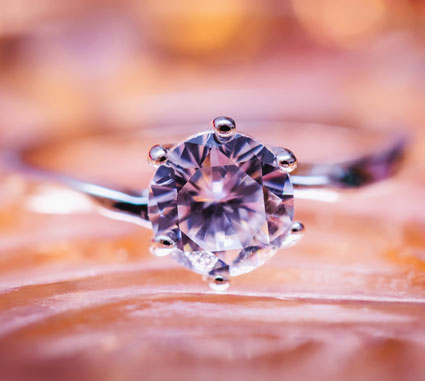 Herman Feigenbaum emigrated from Austria-Hungary in 1902. He and his family soon decided to leave the crowded tenements of New York City to move north. “They were heading to Whitehall” Todd Feigenbaum told the Post Star, but the family got off for an overnight in Glens Falls and never left.

It wasn’t long before Herman Feigenbaum discovered there were no dry cleaners north of Albany, so he expanded his tailoring business and created a family dry cleaners that has spanned three generations of ownership.

The core of the business hasn’t changed, according to Todd Feigenbaum, even though the equipment does. Despite the declining popularity of furs, the company still stores plenty in cold storage and even their top-of-the-line dry cleaning plant off Bay Street in Glens Falls has a vintage feel (it’s in a former women’s undergarment factory, with the front part of the building dating back to the original building construction).

Nowadays with so many machine washable fabrics, the dry cleaning business is much more susceptible to the whims of fashion, but it’s still a pretty healthy industry. Feigenbaum’s employs 23 people at locations in Glens Falls, Queensbury, Saratoga Springs, and Wilton.

Troy Rollins and his sons have opened the Freakopolis Geekery to sell comic books and games, host gaming nights, and run a computer animation production studio.

It seems like a lot for one store to handle, but Rollins and his sons see the need for a pop culture store and hangout in the Glens Falls region. Though some small gaming stores are struggling to compete with online retailers, Freakopolis Geekery won’t have much competition in the area. Other gaming stores in the area are limited to Coopers Cave in South Glens Falls and Comic Depot in Saratoga Springs.

The first of their four-part animated series “Ultimate Z-Sports” is already up on YouTube. The series will have a total run-time of about 45 minutes and is a reality show set in the imaginary town of Freakopolis where residents must try to survive on an island full of zombies.

To keep the store active and growing, the Rollinses are hosting gaming tournaments and stocking popular items like Hero Clicks and Star Wars Destiny.

Northeastern Fine Jewelry’s new store in Glens Falls will be managed by Noah Illinski, and staff will include Jennifer Carusone, formerly of Scoville Jewelers.

Illinski will be overseeing the 2,500-square foot store, including sales, support, and a team of five staff members. The new store will occupy the former Scoville Jewelers space at 167 Glen Street.

Illinski has been a manager with Northeastern since 2015 and has over a decade of high-end customer service and retail experience. “I’m thrilled to be an integral part of the Northeastern Fine Jewelry team during this exciting period of expansion for such a well-respected family-owned, independent jeweler,” Illinski said in a statement. “Leading the Glens Falls store is a tremendous honor, and I look forward to ensuring that we provide top-notch customer service.”

Jennifer Carusone is a native of South Glens Falls and will be joining the Northeastern family as a sales associate. Carusone previously worked for Scoville Jewelers and has a decade of experience in jewelry sales. Her outstanding service has been recognized by leading global designer of luxury-branded diamonds, Hearts on Fire, on numerous occasions.