Taking the steps to fight back against addiction, whether it’s heroin, alcohol, or another drug, can be extremely difficult without the proper help. In the Glens Falls Region, a nonprofit group is helping those people on their road to recovery by providing them with their own “freedom machine.” 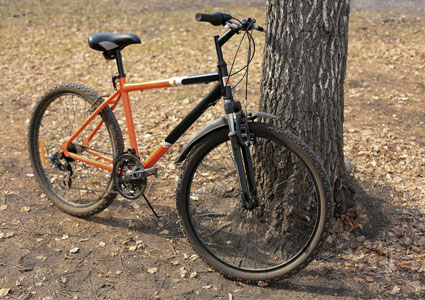 The group is named Freedom Machines, and it was founded in 2016 by Chris Collins of Lake George, Michael Romanowski of Queensbury, and Kannan Kristel of Glens Falls. Over the past three years, each one of them has been in recovery from alcoholism.

For them, biking during the recovery period has been an essential stress reliever. The time spent riding has allowed them to get away and become healthier both mentally and physically. Bicycles became freedom machines, and the name of the future nonprofit was born.

Since people in recovery typically lose their driving privileges, a bicycle enables them to

go to meetings, treatment appointments, and around the local area.

The nonprofit collects donated bicycles, then offers them free of charge to people in recovery. Freedom Machines only asks that once the bicycle is no longer needed to pass it along or bring it back to the group.

After a recent appearance at the Hometown vs. Heroin forum, word has started to spread about the group. On February 24, 2017, the Glens Falls Police Department showed their support by donating a collection of unclaimed bicycles to Freedom Machines.

To help support their cause and donate an old bicycle of your own, you can contact Freedom Machines via their Facebook page, by phone at 347-221-9895, or