Mark your calendars! This October, the Adirondack Thunder will play their first preseason game since 2015. The Thunder face off against the Reading Royals at Cool Insuring Arena on Friday, October 6th at 7:00pm. As part of a home-and-home series, the teams will also hit the ice at Santander Arena on Sunday, October 8th. 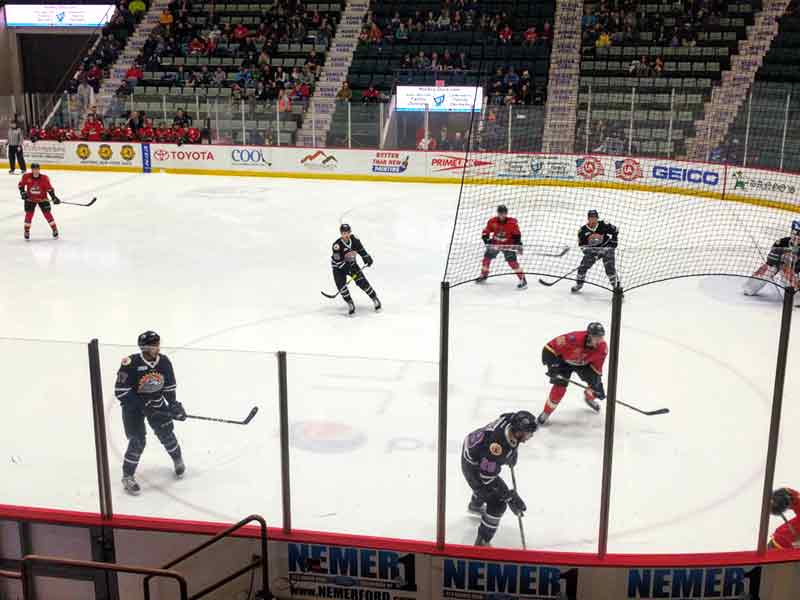 Hockey has been a hot topic in Glens Falls in 2017. This February, the Calgary Flames sold the Adirondack Thunder to a local group, Adirondack Civic Center Coalition. After news of the sale, the team went on to win the ECHL North Division Championship. Off the ice, the new owners announced two more changes coming to hockey in Glens Falls. In July, the Coalition announced Cool Insuring Agency purchased the naming rights to the arena in a 5-year agreement. The team’s NHL affiliation with the New Jersey Devils became official in August after two seasons of an informal working arrangement. Both announcements are great news for hockey fans in the area who were uncertain of the team’s future last year.

Adirondack Thunder tickets go on sale October 1st at 10:00am. Tickets can be purchased online, by phone, or at the arena Box Office. Preseason tickets are $10 for Adults, $5 for youth under 14, and $5 for groups of 10+. Full season ticket holders will receive the preseason game as part of their season package. The preseason game is general admission and will not have assigned seating.