You’ll have several options to choose from when it comes to finding a New Year’s event in the Glens Falls region! See what’s happening at the Charles R. Wood Theater, The Queensbury Hotel, and more. 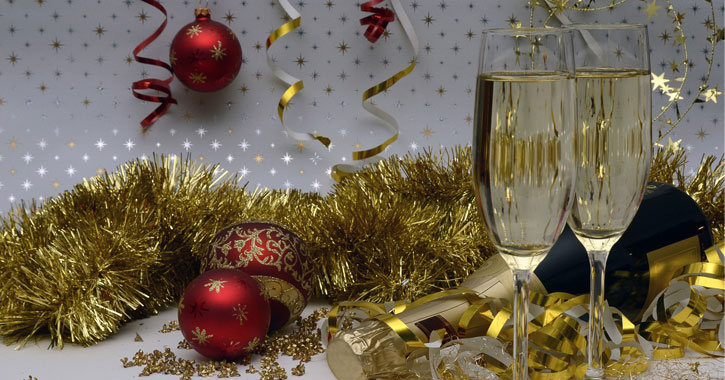 Party at The Q

The Queensbury Hotel is putting on a fantastic New Year’s Eve party with an open bar, a four-course dinner, and dancing. The cost is $150 per person, or you could opt for the overnight package at $399 per couple.

Get a Great Deal on Hockey Tickets

Head to Cool Insuring Arena for a New Year’s Eve hockey game between the Thunder and the Royals. They’re welcoming in 2018 with a special “2 for $20.18” ticket deal.

Happening at the Local Theater

The Charles R. Wood Theater is putting on a special kid-friendly New Year’s celebration with the iconic kids music group The Zucchini Brothers. Tickets are $10.

First Night of Funny at the Charles R. Wood Theater

After the kids’ New Year’s celebration has wrapped up the Charles R. Wood Theater is hosting First Night of Funny, with four comedians. The show wraps up by 10pm, so you’ll be home in time to see the ball drop.

Ring in the New Year in Lake George

The Lake George Steamboat Company is once again hosting their New Year’s Eve Dinner Cruise, a two-hour cruise with a dinner buffet on beautiful Lake George. There will also be a mock countdown with complimentary champagne for adults and ginger ale for kids. Tickets are $60 for adults and $25 for children.

Fireworks will begin at midnight over Lake George! Come out to enjoy.

The Lake George Polar Plunge is happening once again in Shepard Park. Hundreds will gather to dip into the icy waters of the lake, and a party will follow at Duffy’s Tavern.

The biggest New Year’s Eve party in Upstate New York is happening just south of us in Saratoga. For $20 you can have access to dozens of venues and entertainment going on, including live music, dancing, comedy, and magic shows.

Considering hitting the slopes this weekend >>