Attention hockey fans – the inductees to the 2018 Adirondack Hockey Hall of Fame Class have been announced! There will be a Hall of Fame Reception prior to Saturday’s game when the Adirondack Thunder takes on the Brampton Beast. 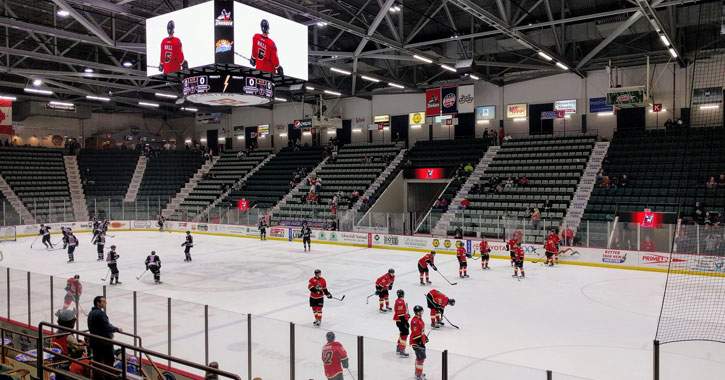 The 2018 Class of Adirondack Hockey Hall of Fame & Reception

The Hall of Fame reception will take place in Heritage Hall at Cool Insuring Arena on Saturday, January 6th at 5pm; the game starts at 7pm. Each inductee will give a speech, and there will be a Q&A session so fans have an opportunity to ask questions.

If you have a ticket to the game you can come to the reception. It costs $5 and light food and beverages are included.

Norm Maracle played parts of five seasons with the AHL’s Adirondack Red Wings from 1994 to 1999, with his finest season in 1996 to 1997 resulting in his being named an AHL Second-Team All-Star.

He appeared in 233 games with the Red Wings, which is the most ever in franchise history by a goaltender. His career also includes playing in 68 NHL games with Detroit and Atlanta, including two in the 1999 Stanley Cup Playoffs after earning a Stanley Cup Ring with Detroit in 1998.

Maracle is the first Adirondack goaltender to be inducted into the Adirondack Hockey Hall of Fame. Currently, Maracle is working as a junior hockey coach in northern Ontario.

Smith was hired as General Manager of the New York Rangers in 1989. In 1994, he helped to end the 54-year championship drought as he constructed the 1994 Stanley Cup Champions.

In 2017, Smith returned to Glens Falls to serve as the color commentator on NHL Network for the ECHL All-Star Classic, which was the first ECHL All-Star event to be nationally broadcast. Smith currently serves as an analyst with the NHL Network.

Chris Tancill played for two seasons with the AHL’s Adirondack Red Wings and was a member of the 1992 Calder Cup Champion team. He acquired 172 points in 118 games played. Tancill led the AHL with 59 goals that season, the most in a single season in Adirondack Red Wings history, as he was named an AHL First-Team All-Star.

Tancill appeared in 145 games in the NHL and represented his country three times at the IIHF World Championships in 1996, 1997, and 2000, winning a bronze medal in 1996. He completed his career with six seasons in Switzerland, where he was named as the league’s Most Valuable Player during the 1999 to 2000 season.