2017 was another successful year for the Adirondack Theatre Festival (ATF) in Glens Falls as over 9,000 patrons attended their fantastic lineup of theatrical productions. This year, the local theatre has even bigger plans in store for their 24th summer season! 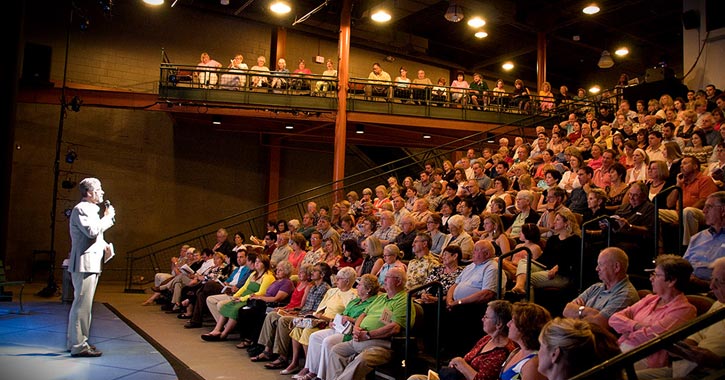 Adirondack Theatre Festival (ATF) is a professional non-profit summer theatre based in Glens Falls, NY. Each year, their mission is to challenge, entertain, and nourish their audience by developing and producing new and contemporary musicals and plays.

2018 will be the fourth season for ATF’s Producing Artistic Director Chad Rabinovitz, who will once again lead the production of a season of major new works at ATF with the help of a team of top-level professional artists. The result will be a variety of experiences that will only be available in Glens Falls.

The summer theatre achieved a record-breaking season of sold-out performances in 2017, so for this year, they will extend the summer season by one week to accommodate the large-scale productions they have planned. The season will run from June 14 – August 9, 2018 at the Charles R. Wood Theater in Glens Falls.

Want a preview of what types of plays, musicals, and special events ATF has in store for this summer? Take a look at the recently released schedule:

Don’t miss out on this great lineup of theatrical productions and entertainment in downtown Glens Falls!

Learn more about the 2018 season and get your tickets >>

Discover fun things to do in the Glens Falls Region >>