It’s been a thrilling year for hockey fans in the Glens Falls Region as the hometown Adirondack Thunder have performed extremely well throughout the ongoing 2017-18 season. In preparation for the beginning of their 2018-19 season later this year, the team has announced new uniform designs and early ticket information. 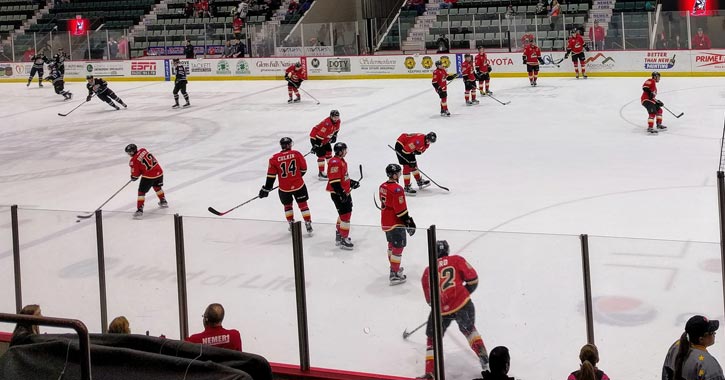 To update their uniforms for the next hockey season, the Adirondack Thunder will make some small tweaks to the overall design.

Although red, white, black, and silver will remain part of the color scheme, the secondary Thunder head will replace the primary Thunder symbol on the center crest for both the home and away uniforms. For an early peek, visit the Thunder’s website >>

Ticket Pricing – Get Yours Today

Please note that all full and partial season ticket holders will retain the rights to their seating location until June 1, 2018. After that, those seats will be open to the general public.

Are you ready to renew your seats or sign up for a new ticket plan? Visit the Adirondack Thunder’s offices at Cool Insuring Arena during regular business hours or call 518-480-3355 x1.

Find more fun things to do in the area >>