It’s been one month since 17 students and faculty lost their lives and 14 other people were injured during a mass shooting at Marjory Stoneman Douglas High School in Florida.

Today, Queensbury High School, along with schools across the nation, participated in a voluntary National School Walkout to show solidarity with the victims in not only Parkland, Florida, but other mass shootings in schools across our nation. 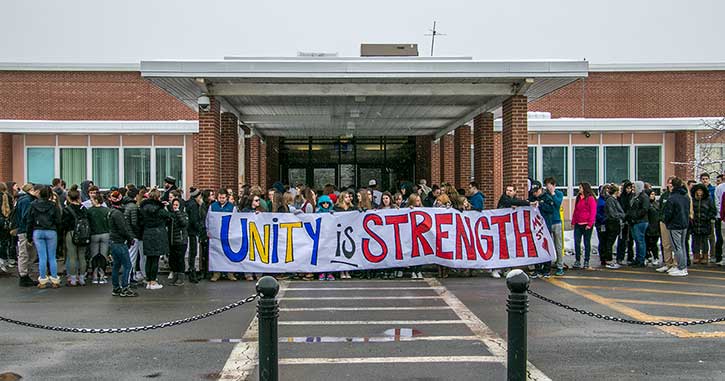 At 10:00am, hundreds of students and faculty stood outside the school for 17 minutes with banners to support the affected students in Florida. There was a moment of silence, followed by the reading of victims’ names from last month’s tragedy being read over the loudspeaker, each accompanied by a bell toll. Local police were present as a safety precaution, and the walkout was followed by an assembly inside the school. 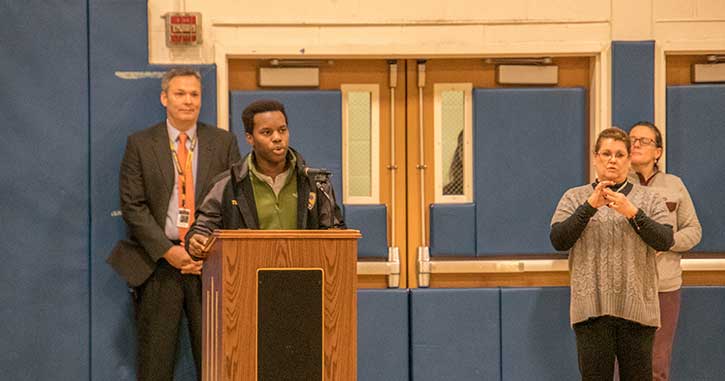 Julian Tushabe, Senior Class President, stressed that the goal of the event was unity, rather than taking a side on the political topics that arise when something like this happens, and making the day about the lives that were lost in Florida last month.

Cole Carpenter, Senior Class Vice President, added that he “was thankful for how well this went today, and how respectfully all participating students conducted themselves.” 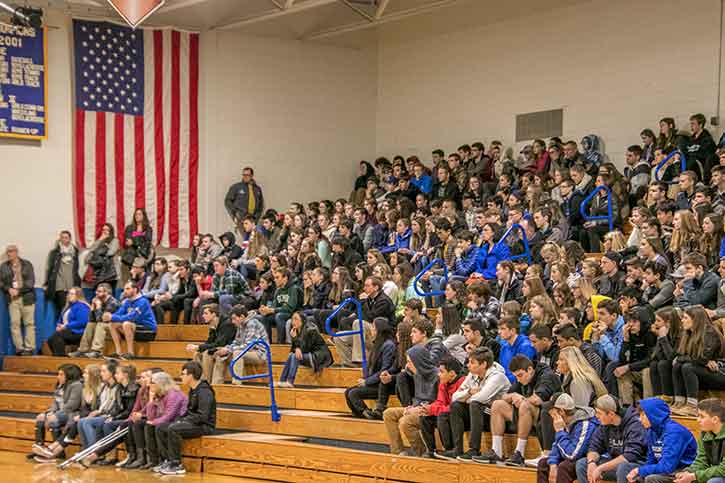 The event was led by the students, with guidance from school administration. K-8 classes at Queensbury School District today participated in “Unity Day” with activities based around unity and everyone wearing an orange article of clothing.