West Mountain will be seeing big changes in the near future! Winter and summer adventurers alike can expect new attractions at the Queensbury ski center, including a new lift, a treetop aerial course, and even a zip line tour. So what will these changes mean for the popular attraction? Read on to find out! 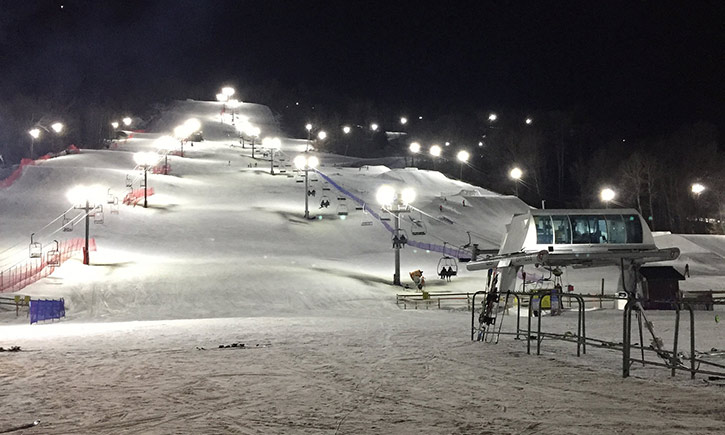 The new chairlift, set to replace the Northwest triple chair, will now carry up to four passengers above The Face trail. The upgrade is reported to cost $900,000.

According to Spencer Montgomery, co-owner of the West Mountain Ski Center, a new lift is just the beginning of planned improvements. The goal is to transform West Mountain into a year-round destination, complete with an adventure course at the mountain’s summit and a canopy tour “like they have in Costa Rica,” Montgomery told the Post-Star.

The treetop aerial course will be made up of six different courses, and there will also be a year-round zip line. The course could be open in time for the 2019 summer season.

For West Mountain, the addition of a new lift has been long-awaited. The Northwest chair has been carrying passengers since 1968 and can be tricky for beginners to mount. In addition to being a faster, safer ride, the new lift will open up more terrain and allow lesson groups to ride together more easily. Montgomery told the Post-Star he has collected two-thirds of the needed components so far, meaning the lift could also be coming in 2019.

If you’re a West Mountain regular, you may have noticed the steps already being taken to improve the ski center. Recent renovations include:

Of course, the additions of summer attractions like the aerial course and zip line would be a massive change for the region — literally. According to the Post-Star, the expansion could bring in up to 50,000 guests each summer.

Queensbury Supervisor John Strough told the Post-Star, “It’ll be a wonderful asset for the town. But maybe we’ll have to change the name — to West Mountain Adventure Center and Ski Center.”

Which addition are you most excited about?