GEM Fest is always so much fun, with multiple musical performances happening at several venues in downtown Glens Falls. See what else is taking place in the area this weekend with Adirondack Theatre Festival performances, family-friendly fun, and more! 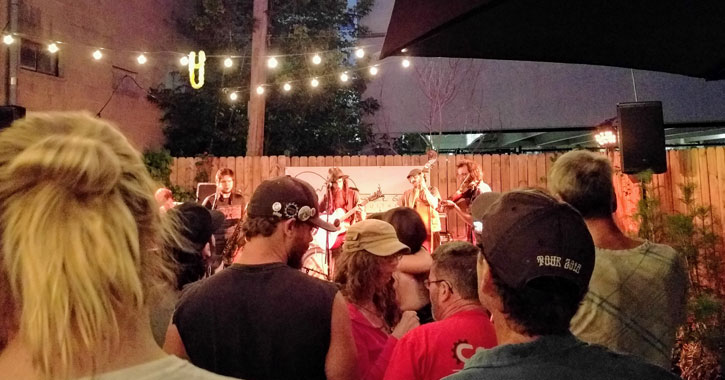 GEM Fest isn’t just about music – there’s comedy too! Head to The Park Theater for a comedy show starring Dan Frank, Kate Clancy, and John Romanoff, who is considered to be one of the best comedians in New England.

The popular local band Let’s Be Leonard is hosting an album release show at The Park Theater on Friday night. The event includes the debut film screening of “Static” as well as a two-set performance.

Little Theater on the Farm Presents Just Us Gals

The bluegrass group Just Us Gals is performing at Little Theater on the Farm in Fort Edward. General admission is $10.

This is your last chance to see the Adirondack Theatre Festival’s production of Robin Hood!

This Friday is also the final production of The Jedi Handbook – see this endearing play while you still can!

Bring the kids out Friday morning for a rendition of Billy Goats Gruff at The Park Theater, based on the classic children’s tale. There is a suggested $10 donation.

The annual Million Dollar Duck Race and Family Fun Day is happening this Saturday in Haviland Cove Park. In addition to the fun duck race, there will also be tons of activities for kids going on, including a bounce house, face painting, pony rides, a petting zoo, games, and coloring books.

For the Antique Enthusiasts

Head to the Old Fort House Museum in Fort Edward for a fair and antiques auction. There will be arts and crafts, collectibles, books, plants, and more for sale, and tours of the museum campus will be going on.

The Latest in Local Sports

The Glens Falls Dragons will be taking on the Amsterdam Mohawks at East Field.

Find out about the fascinating history of Glens Falls >>

Browse all events happening at the events calendar >>