On the 45th anniversary of the first Women’s Equality Day, an active local group will be marking the occasion with events at the Chapman Museum in Glens Falls.

The Celebrating Suffrage Committee of Greater Glens Falls will hold a program on Sunday, August 26th from 1 pm to 3 pm, to honor the women who envisioned the Equal Rights Amendment and the annual Women’s Equality Day, which started by Congressional decree in 1973.

This event is free and open to the public. Historical re-enactments, plus a performance by storyteller Kate Dudding, music and displays will mark the event, along with projects being presented by two local girl scout troops. 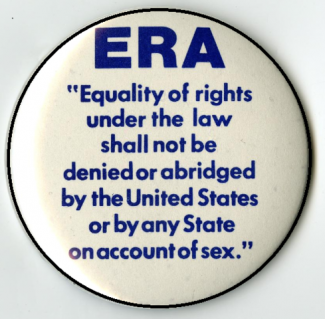 The League of Women Voters is also participating in the event. That will make for another opportunity for anyone not registered to vote to do so on Sunday.

Women’s Equality Day was initiated by former New York Congresswoman Bella Abzug. The August 26th date commemorates the 1920 certification of the 19th Amendment to the Constitution, which granted women the right to vote. The women’s suffrage movement has deep roots in New York State, dating back to the world’s first women’s rights convention, in Seneca Falls in 1848.

The observance of Women’s Equality Day is also a time to call attention to the continuing effort towards full equality in wages, the workplace and elected office. It’s also a time to remember that the Equal Rights Amendment, written in 1923 and passed in 1972, has only been ratified by 37 of the required 38 states.

If you like history, there’s plenty of it in Glens Falls. Here are places to go & learn>>>