There’s a lot to love about winter in Glens Falls, from downhill skiing on the nearby peaks to exciting winter festivals and celebrations. If you’re ready to have fun this weekend, then check out these top events happening in the Glens Falls Region! 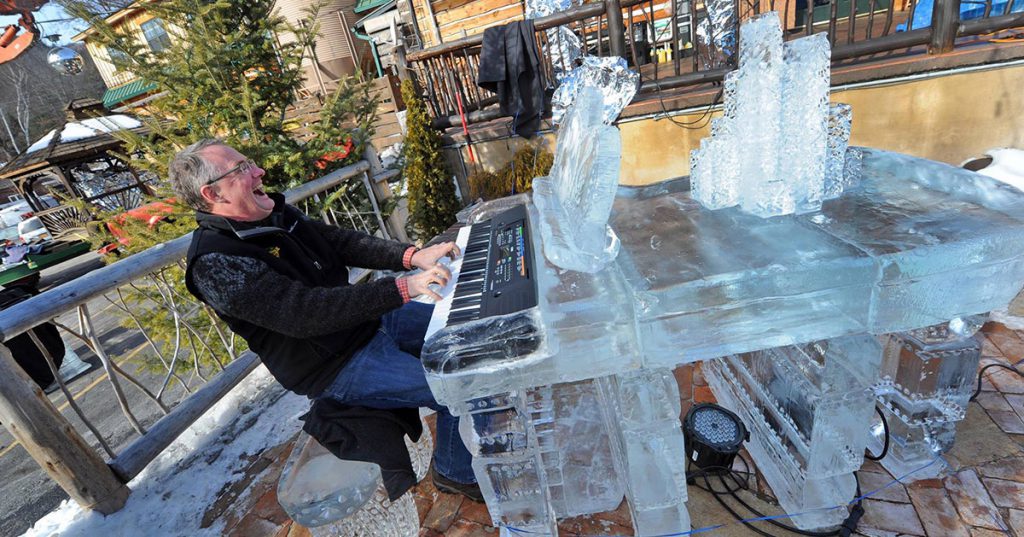 It’s time to get funky at the annual Funky Ice Fest! Hosted at Adirondack Pub & Brewery in Lake George, the Funky Ice Fest offers two weekends of ice bars, food and drinks, and more. Have fun exploring the new Frozen Forest, check out the interactive sculptures, and have a blast at the 70s dance party.

Don’t miss the return of the spectacular Ice Lounge at King Neptune’s Pub in Lake George Village. This year’s Ice Lounge will open on Friday and include live music from Wild Adriatic and Multipede, an ice luge, ice shuffleboard, and more.

Celebrate the season at the Inn at Erlowest’s annual Winterfest! The first weekend of this winter festival will take place on both Friday and Saturday and feature signature cocktails, s’more stations, delicious food, and entertainment.

Learn the story of how Wilson Bentley became the first person to photograph snowflakes in the 1800s, see his marvelous images, and make some snowflake art at the Chapman Historical Museum. Reservations are recommended for this family-friendly event, and space is limited.

Experience the music of Tom Petty & The Heartbreakers at Cool Insuring Arena’s Heritage Hall when The Broken Hearts take the stage. The show will begin at 8:00pm, and The Broken Hearts will be joined by Kelly & Son.

Visit the Lake George Brew House in Queensbury and enjoy the Broken Resolution IPA Fest this Saturday. Over 20 regional breweries are participating in the festival, so visitors will be able to indulge in a wide variety of IPAs. Tickets are on sale now.