Last year the Adirondack Theatre Festival had a record-breaking summer of sold-out performances, having doubled attendance and subscribership in the past three years. Now, they’re getting ready for their 25th anniversary, and the upcoming season looks like it will be another smashing success. 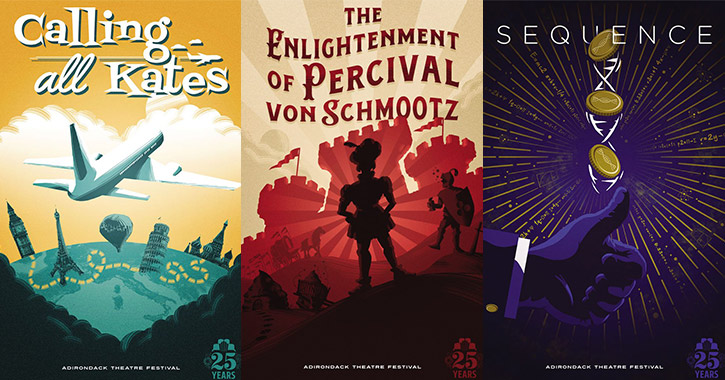 ATF Gears Up for the 25th Season

ATF recently announced the 2019 lineup, which will run from June 14th to August 9th at the Charles R. Wood Theater, and it includes four mainstage shows and four special events.

“A quarter of a century is an important milestone for our organization and the best way to celebrate it is with the biggest and best season of new plays and musicals in ATF’s history,” Chad Rabinovitz, ATF’s Producing Artistic Director, said in a statement. “I couldn’t be more excited for the summer of hilarious, moving, thought-provoking, and impactful entertainment.”

What to Expect From ATF’s Main Stage Production in 2019

If Calling All Kates sounds familiar, it’s because it was performed last year as a developmental reading. It ended up being the most successful and well-attended reading ATF had ever done. Now, the show has been groomed for a full stage production.

Marc has been planning an epic honeymoon around the world with his fiance, Kate, until she dumps him. With non-refundable plan tickets, he embarks on a mission to find a woman with his ex-fiance’s exact name to join him in his travels.

This musical channels a Monty Python feel as we follow an insanely optimistic man fed up with a world of plagues, pestilence, and poor personal hygiene. In trying to bring hope to the Dark Ages, he finds himself in hilarious catastrophes at every turn.

Sequence is described as an edge-of-your-seat science thriller that follows Time Magazine’s “Luckiest Man Alive” who has bet double or nothing on the Super Bowl coin toss for 20 consecutive years. He’s getting ready to risk $800 million on the bet when a young woman insists she has figured out his secret to winning. This drama has been the recipient of numerous awards.

At 12 years old, Ace Baker finds out his grandfather has been alive for his whole life, which had been kept from him by his mother. This is a story of family secrets and making up for lost time. 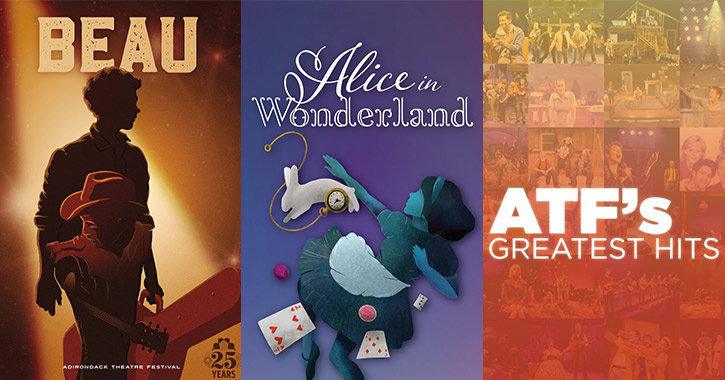 ATF is bringing back the popular PB&J Cafe: A Dinner Theatre for Kids, which allows the younger theater crowd to participate in a pre-show art activity, dine during the performance, and then they leave with autographs from their favorite actors. This year’s production is Lewis Carroll’s classic Alice in Wonderland.

This is a collection of fan-favorite songs from ATF musicals from the past 25 years.

Enjoy a concert reading of a new musical.

You can expect a blend of comedy, magic, and contortion.

How & When to Get Tickets

Flexible subscription packages ranging from three passes to seven will be on sale February 12th, starting at $95. Individual tickets go on sale April 2nd. Packages and tickets to individual shows can be purchased by calling 518.480.4878, or in person at the Wood Theater Box Office.

ATF is doing a Subscribe it Forward program, where last year’s subscribers who choose to renew will get a free additional subscription to give to any friend who was not a subscriber the previous season. ATF is the only theater on the planet that is offering this sort of program.