Adirondack Thunder presents Stick It to Cancer Weekend, presented by Glens Falls Hospital, Friday, February 7 and Saturday, February 8. This is a special fundraiser for the team, who has two players who have been affected by cancer. 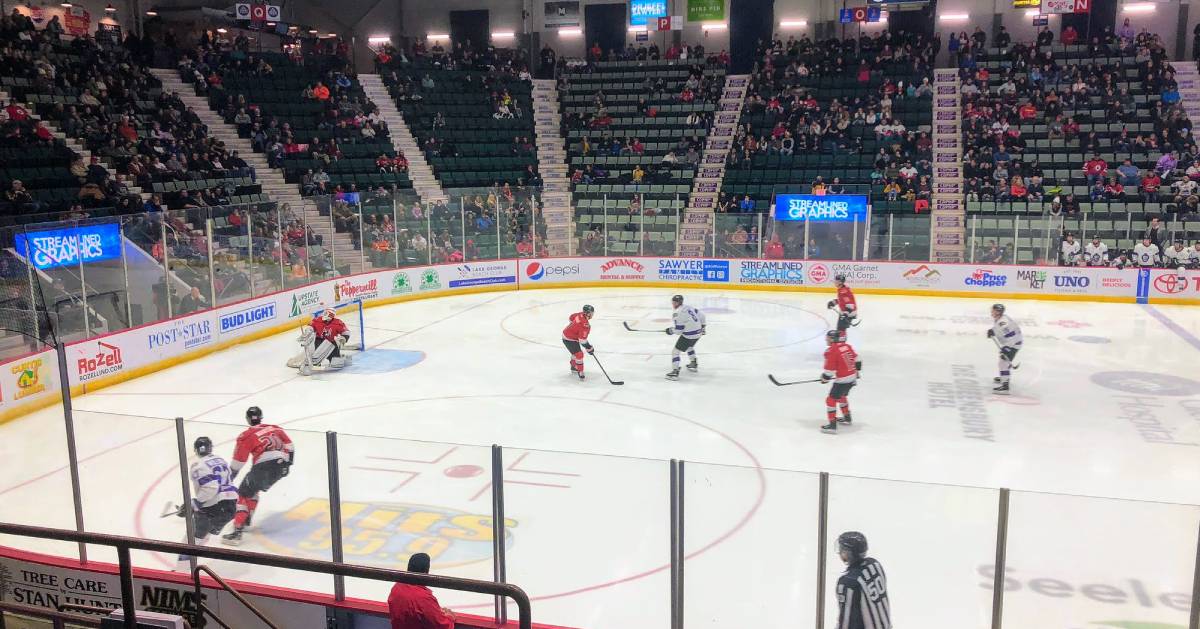 Raising Funds for a Cause They Care About

“Cancer has hit close to home for our team during the past two seasons and our players stand with Shane, Jake, and the greater Glens Falls community in the ongoing fight against the disease,” Thunder President Jeff Mead said in a statement.

Details on Stick It to Cancer Weekend

Stick It to Cancer Weekend kicks off on Friday the 7th when fans are invited onto the ice following the game for Paint the Ice Night, presented by Colorize. Fans who donate $10 to the C.R. Wood Cancer Center at Glens Falls Hospital can paint a message on the ice to a loved one affected by cancer. You can donate at the table in the mean lobby (cash only).

These messages will be iced over that evening and the following day’s game on the 8th will take place on the painted ice. There will be a ceremonial puck drop by US Congresswoman Elise Stefanik, who represents New York’s 21st District.

The Thunder plays against the Newfoundland Growlers both nights and they’ll be donning specially-designed purple cancer awareness jerseys. Fans will have a chance to take home one of the jerseys during a live auction on the rink on Saturday. Those interested in bidding should report to Section C following the game. Proceeds from the jersey auction also go to Glens Falls Hospital.

A special “Paint Pack” ticket package is available for both weekend games at ECHLThunder.com/stickit. This is a $40 package that includes one ticket each to the Friday and Saturday games, one Paint the Ice Voucher, and a commemorative Stick It to Cancer puck.

You can also get individual tickets online or at the Cool Insuring Arena Box Office.