The Adirondack Theatre Festival returns with in-person performances this summer, July 20 – August 14, 2021. This season will not a typical one, in that there are no season passes available this year; tickets go on sale today, they are very limited, and you’ll want to hurry to secure your seats! 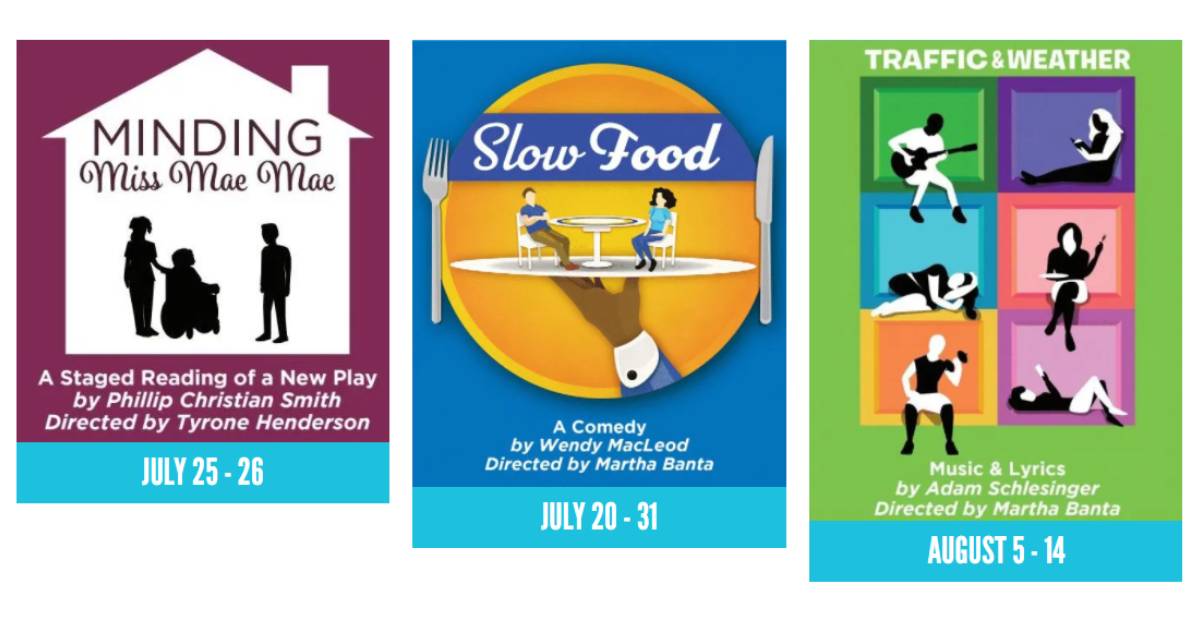 There will be three mainstage performances by ATF this year: a comedy, a concert tribute, and a play reading.  Tickets for all three performances go on sale today, May 6, at 12pm with very limited seating. There are no subscription plans, and all seats are $45.

In addition to Slow Food, Minding Miss Mae Mae, and Traffic & Weather, there will be free, outdoor entertainment. A play for children is being planned at City Park, and there will be 30-minute music performances next to the Charles R. Wood Theater starting at 7pm on show nights.

Head over to the ATF website to buy tickets >>

“After a long intermission, it seemed appropriate that we open our summer with a comedy,” Interim Producing Artistic Director Martha Banta said in a statement. Here’s what to expect and the dates planned for each show:

There’s no escape from the world’s worst waiter. A famished couple battles with an absurd waiter on their anniversary, who has them questioning everything from the menu to their marriage.

This staged reading of a new play follows Barbara, Miss Mae Mae’s home health aide. Barbara’s son Jordan, the star of a network procedural, comes home ravaged from crystal myth. The women form their own unconventional rehab to detox him.

Traffic & Weather is a concert tribute to singer/songwriter Adam Schlesinger, who passed away on April 1, 2020 from COVID-19 complications. Schlesinger was a founder of the pop rock band Fountains of Wayne, a member of the indie pop band Ivy, and he was in the supergroup Tinted Windows, with Taylor Hanson (of Hanson), James Iha (of The Smashing Pumpkins), and Bun E. Carlos (of Cheap Trick).

Cinderella at the Disco

The PB&J Cafe Children’s Theatre returns outside in City Park this year in partnership with the Crandall Public Library. Bring your own picnic lunch! After receiving an invitation to go to the Prince’s Disco Dance, under-confident Cinderella needs to be told fairy tales by her fairy godmother to convince herself she is capable of becoming the Disco Princess.

Visit ATFFestival.org for more info and to get those tickets >>