If you were at Wing Fest last weekend you probably saw this awesome piece of public art unveiled downtown; you may have also noticed an incredible amount of people flocked to the event. Get a Wing Fest update below, and check out what’s going on around Glens Falls this weekend. 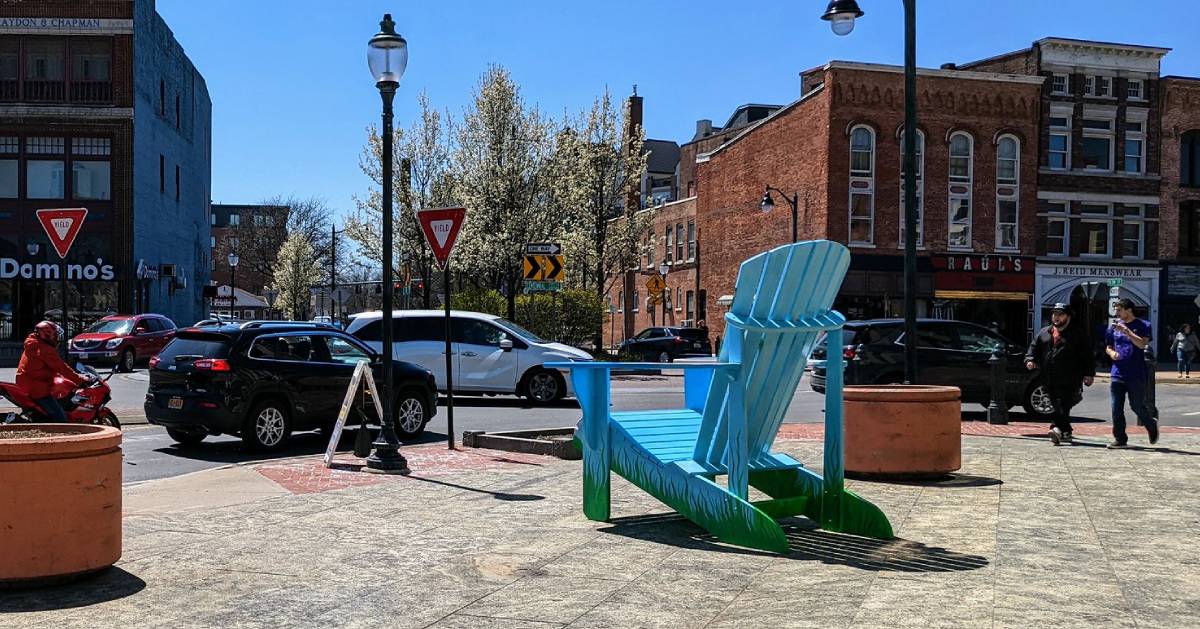 Make It a Great Mother’s Day Weekend in Glens Falls

Radium Girls, which was set to open today by the Glens Falls Community Theater at the Charles R. Wood Theater, has been postponed. Ticketholders will be notified of the new show dates, or will have the option to use the tickets as theater credit, or receive a full refund. (Side note: the film Radium Girls was shot at the Union Square Building in Glens Falls in 2016.)

However, there is another show in town this weekend: the new romantic comedy/musical ZigZag opens at The Strand Theater in Hudson Falls tomorrow, May 6, for a three-day, four-performance run. The songs in the production have been honored with best song awards and feature full-band arrangements. The show is funded in part by a LARAC arts grant and is produced by the Adirondack Institute. 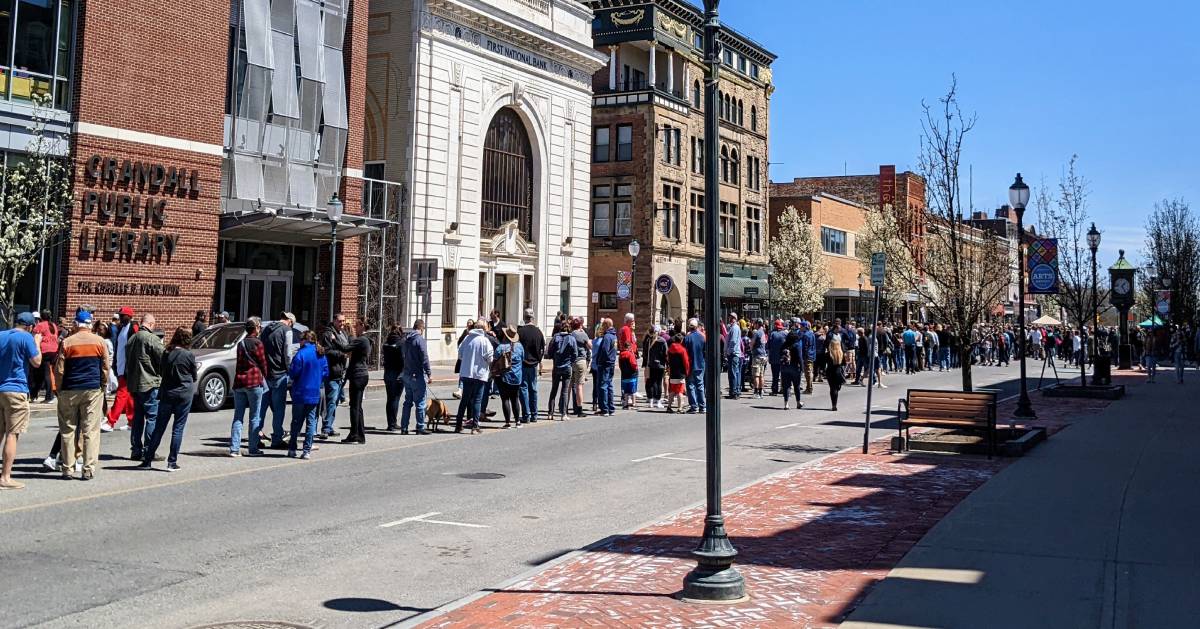 The Glens Falls Wing Fest on April 30 included delicious food and fun times, but also massive lines, overflowing garbage cans, and a few restaurant vendors who ran out of wings. According to a News 10 ABC article, organizers had about half the participating restaurants as usual and roughly three times the amount of people as expected. The Glens Falls Chronicle’s piece released today is titled “Was Wing Fest too successful?” One could argue it’s a good problem to have!

The Bullpen Tavern and Davidson Brothers announced they would honor leftover tickets at their restaurants, for those who purchased tickets but were for one reason or another unable to use them. Event organizers are already discussing plans for next year on how to improve the popular festival, including bringing in more restaurants.

This was also the first year the event included an Inferno Wing Eating Competition, wherein a dozen wing enthusiasts chowed down on some of the hottest chicken wings imaginable. The contest was named for Michael DuBray, a hot wing lover and local DJ who passed away earlier this year. The first and second place winners were twins Phil and Al Hollis. As for the restaurants, People’s Choice for Best Wings went to The Bullpen.

A Queensbury woman recently had her first novel published, which she told The Post Star is like a Hallmark movie; in other words, don’t expect a lot of blood and gore because it’s a murder mystery. Kibbles and Death by Syrl Kazlo is about a funeral parlor owner who donates some dog food to a local animal shelter – because her own pet is a food snob and won’t eat it – and discovers the owner has been murdered by a giant dog bone.

The name of the town in the book is “Wings Falls,” a nod to Glens Falls (and Wing Fest?), and there are other local references as well. You can find the book on Amazon, and Kazlo will also be doing book signings June 29 at the Hudson Falls Free Library and on July 17 at the Book Warehouse in the Lake George outlets. This debut novel is expected to be the first of a trilogy.

Find more fun things to do in Glens Falls >>