The Glens Falls Symphony brings back its annual Independence Day celebration in Crandall Park this weekend, and there’s much more to report on – including a special Take a Bite event next month. 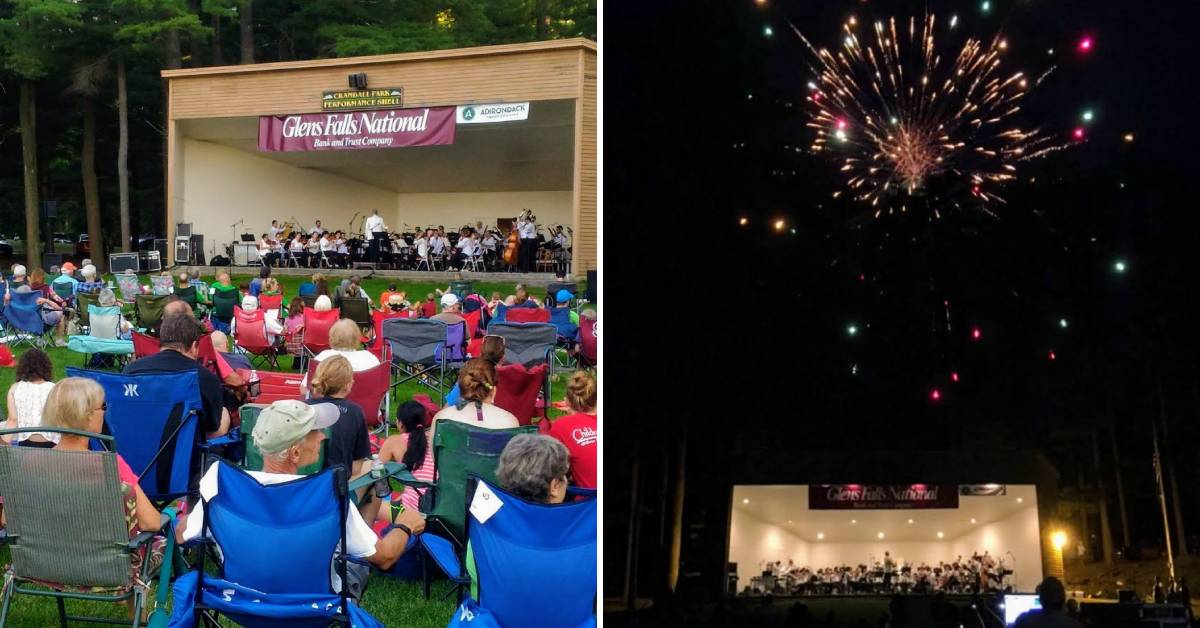 Discover more fireworks for the Fourth >>

Biking and food come together in a wonderful way (maybe just don’t eat while you’re biking…) with Take a Bike to Take a Bite. On July 13’s Take a Bite there will be a first-ever “bike lane takeover event.” Bring your own bike, or check out the CDPHP Cycle bikes available to rent.

Temporary bike lanes will be added, there will be bike-related booths at the event, and you can be entered into a raffle for bike related prizes from local businesses.

New York Jets legend Wayne Chrebet recently made an appearance for a good cause at 40 Oak Classic American Grille in Queensbury, chatting and taking photos with fans. Approximately $5,000 was raised for Hudson Falls-based Operation Santa Claus, the restaurant recently announced on Facebook.

The nonprofit works to provide gifts, food, and clothing for disadvantaged children in Warren, Washington, Northern Saratoga, Essex, and Hamilton Counties during the holiday season.

In honor of The Hyde Collection turning 60 in 2023, the art museum and historic house will showcase an exhibition titled Songs on the Horizon: David Smith, Music, and Dance.

The project is the first exhibition to focus specifically on the impact music and dance had on Smith’s work in sculpture, painting, and drawing. The exhibition will comprise 25 loans from private and public collections, the Estate of David Smith, and from other sources, and we can look forward to its opening in late June, 2023.

David Smith, who passed away in Vermont in May of 1965, was known for welding steel into impressive geometric sculptures, as well as for his paintings and drawings that depict the style of Abstract Impressionism.

The Park Theater Has Launched Its Own Podcast

The Park Theater has announced a new podcast called The Park Presents, available on Anchor and Spotify. Their latest episode, which dropped this past Monday, included Let’s Be Dead (formerly Let’s Be Leonard); they’re interviewing acts playing in the Crandall Park summer music series ahead of their performances.