Did you know that LGBTQIA+ adults smoke 2.5 times the rate of their non-LGBT peers? This is just one of the reasons the Adirondack Health Institute is joining the efforts of the “It’s Not Just” campaign, which launched in 2021 and is currently focused on how Big Tobacco unjustly targets the LGBTQIA+ community through menthol advertising. 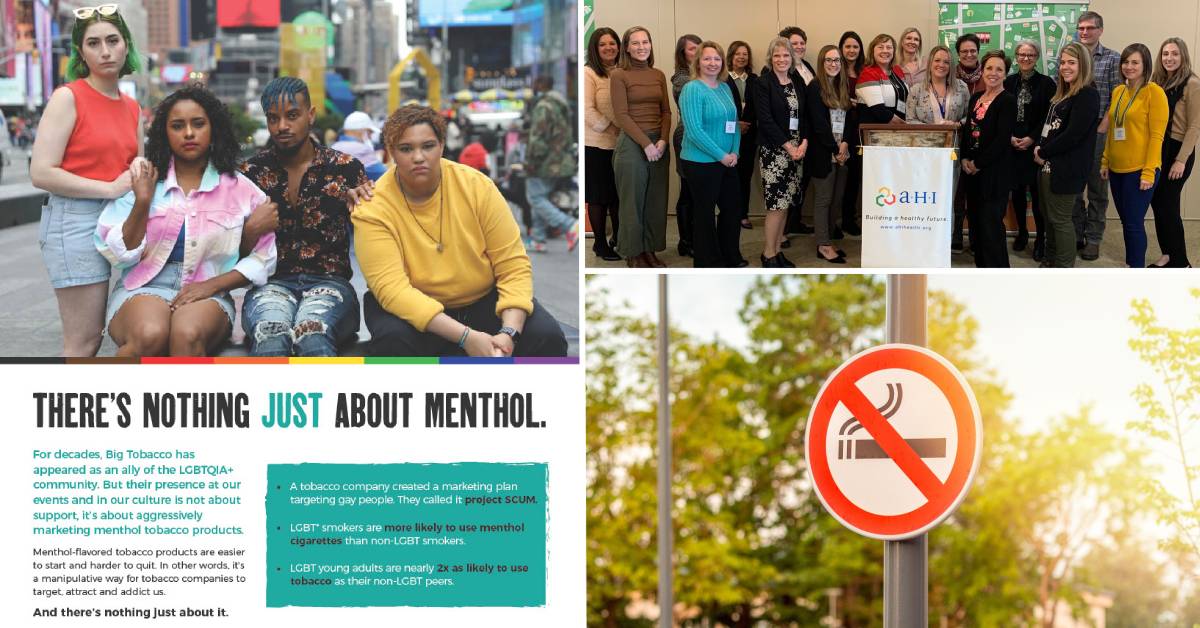 Why Menthol, And Why the LGBTQIA+ Community?

Menthol cigarettes, with their peppermint-like taste and cooling effect on the throat, are marketed as a healthier alternative to other cigarettes. But of course, it’s not “just” menthol. Not only do menthol cigarettes cause the same diseases that “regular” cigarettes do, but some sources indicate that because menthol makes it easier to smoke, menthol smokers smoke more cigarettes, and more intensely.

Approximately 36% of LGBTQIA+ smokers reported smoking menthol cigarettes compared to 29% of heterosexual smokers. In addition, nearly 1 in 6 lesbian/gay/bisexual adults smoke cigarettes compared to 1 in 8 straight adults. And, cigarette smoking is higher among transgender adults (35.5%) than those whose gender identity corresponds with their birth sex.

“We’ve made strides in our community. . .but there is still work to do,” Cindy Swadba, coordinator with Saratoga Pride, said in a statement. “It’s imperative we continue to highlight health disparities and educate our local communities on the history of unjust targeting of the community.”

It’s Not Just – In More Ways Than One

The unjustness of Big Tobacco (the five major tobacco companies) was first uncovered with an internal marketing plan called “Project SCUM (Subculture Urban Marketing),” which targeted cigarettes sales to the gay community and those who are unstably housed or homeless. Although the SCUM campaign dates back to the mid-1990s, the industry continues to target the LGBTQIA+ community.

Big Tobacco advertises in gay publications, sponsors pride events, and otherwise infiltrates the community. There was even found to be a higher density of tobacco retailer outlets in areas where greater numbers of LGBTQIA+ couples live.

The “It’s Not Just” campaign first launched in May of last year in an effort to shine a light on the tobacco industry, and how it’s using manipulative marketing of menthol-flavored tobacco products to target specific communities. The first phase of the campaign drew attention to African Americans and the second to youth. Now in the third stage, they’re concentrating on the LGBTQIA+ community.

According to the Tobacco Products Scientific Advisory Committee, it’s estimated that 9 million more people will start smoking over the next 40 years due to the availability of menthol cigarettes, and if this is true, the majority of these new smokers will be gay, transgender, or black. 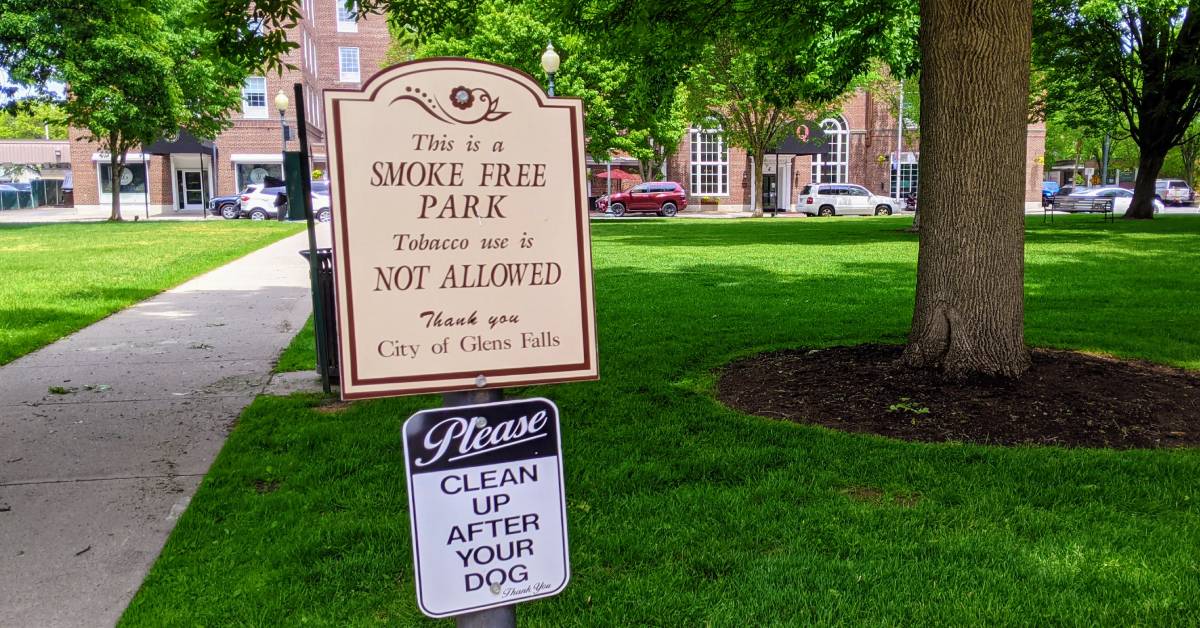 The Glens Falls-based Adirondack Health Institute (AHI) helps the local LGBTQIA+ community and the North Country/Adirondack region at large by working with those in the medical field, patients, and other community-based groups to positively transform the health of our region. They’re not only putting out staggering statistics like those above to educate the community about the issue, but they’re also behind Clear the Air in the Southern Adirondacks (CASA).

CASA is an advancing tobacco-free communities partnership grant that is funded by the New York State Department of Health Bureau of Tobacco Control (BTC), and serves Warren, Washington, and Saratoga Counties. The grant money goes towards establishing tobacco-free outdoor air policies and tobacco-free housing policies, and to decreasing tobacco imagery in youth-related films and the tobacco industry’s presence on social media.

Trying to Quit? Find Resources & Get Tools for Free

Whether you’re part of a marginalized group or not, as long as you’re a resident of New York State and looking to quit tobacco you can make use of free resources through the New York State Smokers’ Quitline. More than just a phone call, this confidential service provides free tools through coaching, text/chat support, and even free shipping of stop-smoking products like nicotine patches or gum. The number is 1-866-NY-QUITS (1.866.697.8486) and help is available daily starting at 9am.

Find out more about the “It’s Not Just” campaign at notjustmenthol.org, learn more about AHI/CASA here, and find resources for supporting LGBTQIA+ here.