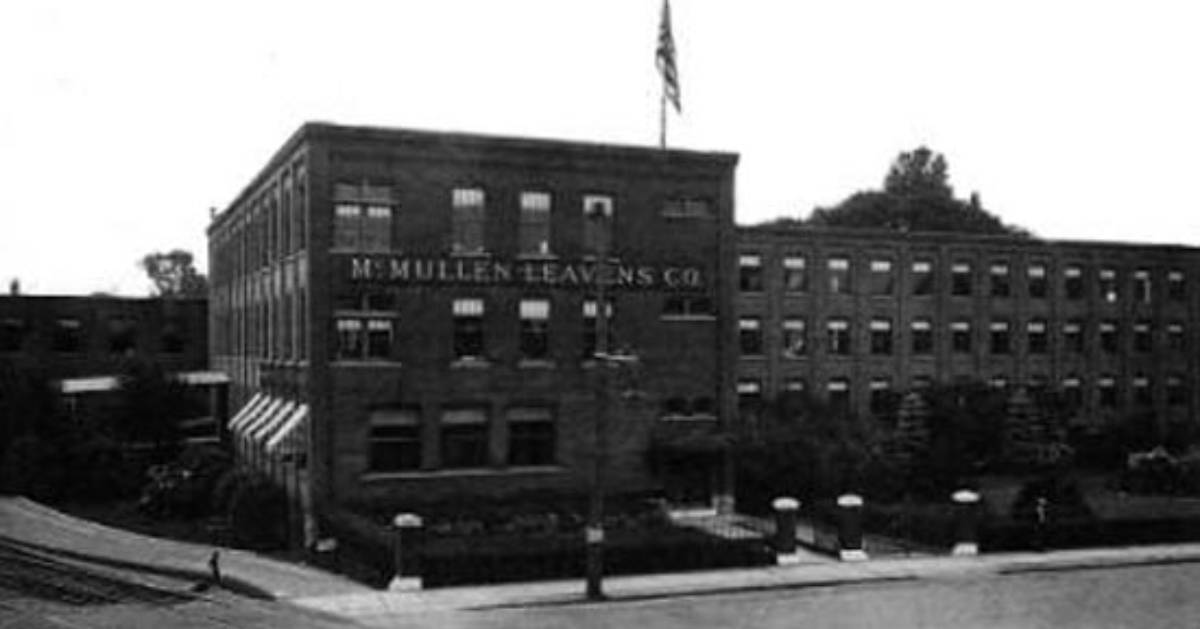 The Birth of The Shirt Factory

Before The Shirt Factory there was a different shirt factory in Glens Falls called the Joseph Fowler Shirt and Collar Company. In the 1890s brothers Joseph and Charles Fowler operated this shirt company on Glen Street.

Rebuilding After the Great Fire

At the time of the fire, Joseph Fowler had passed away, Charles Fowler was President, JR McMullen Vice President, and Walter Leavens was Secretary. McMullen had been representing the company’s New York City division and was optimistic about rebuilding. McMullen made an agreement with Fowler that he and Leavens would take over the shirtmaking side of the business while Fowler retained ownership of the collarmaking portion.

Rather than rebuild on Glen Street, the two decided to construct a whole new factory building. For them, the prime location was right by the railroad depot at 71 Lawrence Street (known then as 51 Lawrence Street). This would provide easy access to materials delivered by train. The shirt factory was reborn as the McMullen-Leavens Shirt Factory.

The Growth of The Shirt Factory 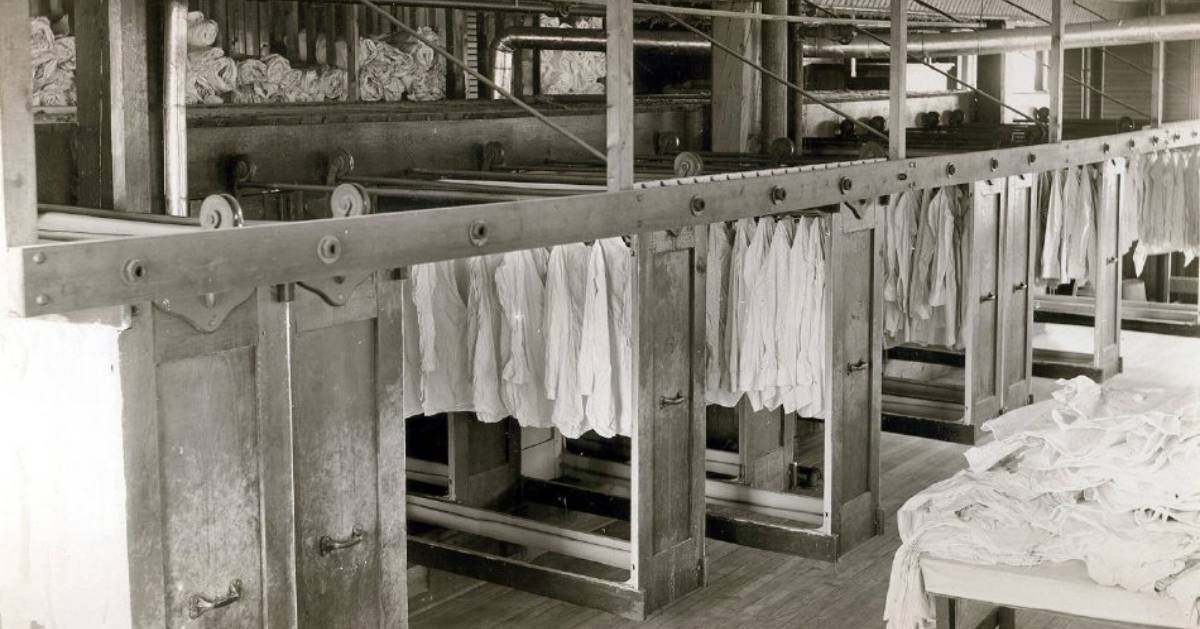 McMullen and Leavens soon purchased the property from Mary Ann O’Leary, and then they hired architect Ephraim Potter. While the McMullen-Leavens Shirt Company operated out of the third floor of the Robertson Building on Maple Street, Potter started to create the new building.

Potter designed the factory as two connected buildings. A laundry building in the rear would provide 23,000 square feet of space in the back, and a three-story building would be on Lawrence Street. By 1910, another addition gave The Shirt Factory more of an L-shape, and the whole factory was 60,000 square feet. When Leavens passed away in 1922 McMullen became the sole owner.

The Expansion to Dresses

Dressmaking was becoming popular around the mid-1930s and in 1936 McMullen decided to jump on the bandwagon. He hired Dorothy Cox as the company’s lead designer for dresses. Over 800 women worked for the factory at this time - half out of their homes, and the other half using industrial sewing machines on an assembly line in the factory.

In 1939 McMullen purchased the Troy Shirt Makers Guild label for $1, using the label to differentiate the shirtmaking business from the dress manufacturing business. Both continued to operate out of the same location.

The Decline of The Shirt Factory

McMullen passed away unexpectedly and without a will in 1946, putting the company in an uncertain position. Staff had no clear direction, unnecessary materials were ordered, and there were financial complications. More than two years later the estate was settled. One group of heirs took over shirtmaking, and the other dressmaking (still at the same location).

Cox had made a name for herself in the dressmaking industry, but trouble arose when there was a conflict between Cox and McMullen’s heirs. In 1952 she left the company. By 1955, dress sales were down considerably.

Changes in Ownership & the Closing of the Factory

Ownership of the shirt factory changed many times after McMullen’s heirs were forced to sell the building. Nathan Sheinman purchased it in 1956 and he made a number of changes to the business, including moving the company headquarters to New York City.

The building was sold again in 1976 and dress production was moved overseas. In 1992, the Troy Shirtmakers Guild was sold during bankruptcy proceedings. In 1993, the Tom James Co. purchased the label, then shortly afterwards announced they were closing the Glens Falls factory and laying off the remaining employees.

The Rebirth of The Shirt Factory 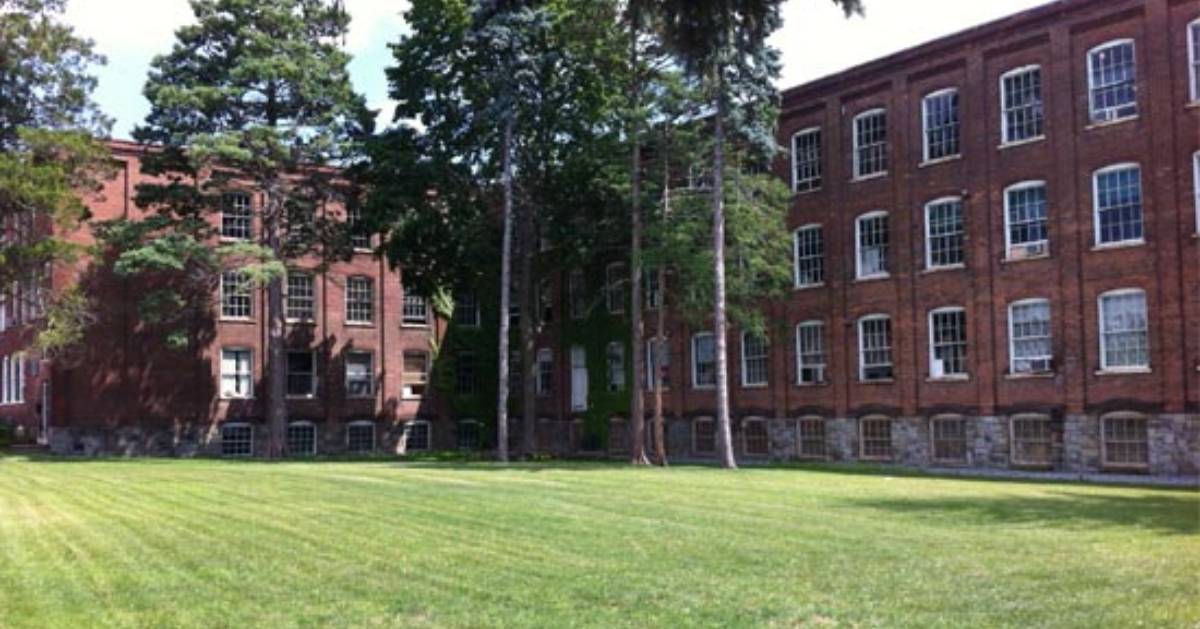 The first year saw about 20 tenants. Today, nearly 100 creative individuals work out of The Shirt Factory. There are a variety of shops that offer a wide range of products, professional services, working artists, galleries, classes, and more. In the summer The Shirt Factory hosts a Market & Food Truck Corral on Thursdays.

« Back to Historic Buildings