Create a special video as a gift for Mom on Mother's Day! Whether you create a skit or combine a collection of old clips and photos, a video can be both sentimental and powerful. Wondering how to get started? Luckily, video editing will be much easier than you think if you follow this step-by-step tutorial. 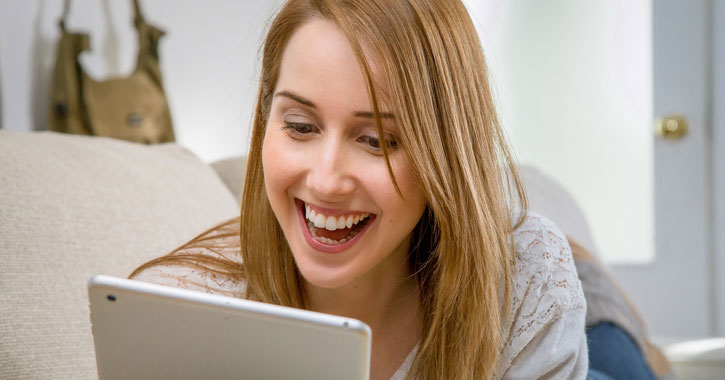 Windows XP's Service Pack 2 includes the free Movie Maker 2.1 application. To open it, click Start, All Programs, Accessories, and then Windows Movie Maker. This basic program's Movie Tasks pane in the upper left takes you step-by-step through the process of creating your video.

Adobe's $99 Premiere Elements, a full-featured editing program, offers special effects, titling, and the ability to burn a DVD right from the software, among other features. If you eventually decide to make the leap to Adobe's professional-level app, the $699 Premiere Pro, you'll be able to use all the tricks you've learned in the lower-cost package because the interfaces are remarkably consistent. All three programs take you from getting raw footage into your PC to outputting polished video.

To move video from your camcorder to your hard drive, connect your PC and camcorder with a FireWire cable, turn the camcorder on, and open your video editing software. The program should recognize the camera automatically. In most video editing programs, the Capture command opens a window containing VCR-like controls for playing, stopping, fast-forwarding, and rewinding. Give your video clips names that will jog your memory about their content when you're ready to start editing.

Edit your footage: the simplest way to edit your movie is to put the clips into your software's timeline in the order you prefer. The timeline shows your movie in frame-by-frame sequence.

Once all of your clips are displayed on the timeline, select each clip in turn and set the "in" and "out" points. These are the frames that mark where each video clip begins and ends. Essentially, you're trimming the tops and tails from your clips to remove unwanted pieces.

When you're satisfied with the order and duration of the clips, you're ready to fashion them into a movie. It's possible that all your clips look similar, but chances are you'll want to tweak at least a few of them to give the whole group a more consistent appearance. For example, you might find that some clips are brighter or more colorful than others. Your editing program should contain filters that allow you to adjust a scene's brightness, contrast, and color balance. Bear in mind, though, that there's a limit to how finely you can polish poorly lit or jerky footage.

You're better off shooting well-lit video in the first place; a small camera-mounted light will help keep your interior shots bright. A battery-powered light, such as Sony's 10-watt HVL-10DC, fits into the accessory shoe on the top of your camera. You can find these for less than $50 on sale. Often in video, foreground subjects appear too dark because too much light is behind them. A camera-mounted light provides a steady level of additional front lighting to overcome this problem.

When you're satisfied with how your clips look, add transitions to smooth shifts between clips or to add dramatic impact. Your video editing software likely provides a slew of transitions and wipes, but your best bet is to keep it simple. Stick to straight cuts, dissolves, and the ever-popular "fade to black" (or if you're a Six Feet Under fan, "fade to white"). A cross-dissolve fades out one clip as another clip fades in. An additive dissolve adds a second clip and then fades out the first one. Most other transitions available in programs, such as page curls and fancy wipes, are the hallmarks of cheesy 1980's videos.

Every video editing program allows you to add text overlays, titles, and credits to your movie. Some also feature built-in motion so that, for example, text can scroll down the screen or appear letter by letter. If you have a digital still camera, you can import pictures from it and add them to your movie. If the still images are larger than 720 by 480 pixels (the size of a frame of video), you can use your editing program's motion capabilities to pan across the image. This technique works particularly well to set the scene at the start of a video.

One thing to bear in mind as you edit your video is the curvature of a TV screen, which can cause images to look distorted near their edges. Keep the important details of each shot near the center of the screen, and avoid having words or sentences approach the edges. Oh, and that nasty buzzing you sometimes hear on late-night TV ads? It's caused by small white titles that generate noise.

Few free video editing programs let you import multiple audio tracks, so you'll need to pony up some cash if you want to give your video a more elaborate sound track. Adobe's Premiere Elements can handle up to 99 audio tracks in one movie. The application also gives you the ability to separate the audio that you import along with your video into individual, editable tracks.

If you decide to add a voice-over to your video, a simple trick is to use your camera to record the narration. Then you simply import the video and audio together into your program, throw away the unwanted video track, and then position the audio track in your project. To help with your soundtrack's continuity, stagger the audio so that the sound from one clip runs into the next. If you do this, the cut will seem less abrupt because the audio and the video won't end at the same time.

You should be able to import MP3s and other common audio formats, such as .wav files, into your video. If you're working on a corporate video, however, be sure to obtain the rights to all the songs you use.

Once you have completed your masterpiece, getting it into TV-viewing shape is pretty straightforward. The first step is to copy your video to disc: you can port the edited video from your computer back to your camera and re-record it, or you can burn a DVD (if your editing program permits you to).

Before you shout "Action!" make sure that you have a few of these hardware and software necessities stacked beside your director's chair.

Consider getting professional photos to make your movie with »

« Back to the Mother's Day Guide

« Back to the Glens Falls Spring Guide