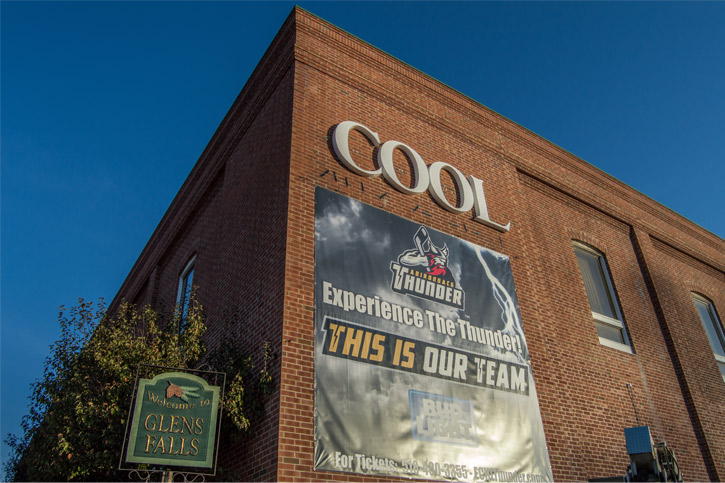 Every winter, high school basketball teams converge on the arena for the NYSPHSAA boys' basketball tournament. The arena hosted the tournament from 1981-2016 and resumed its hosting duties in 2022.

New as of 2021: The Adirondack Thunder and Cool Insuring Arena have partnered with SeatGeek, a mobile ticketing platform, for a safer, easier, ticket-buying experience. As hockey returns full-time, fans will be able to buy, sell, and transfer tickets through this platform.

The arena is typically open for walking from 8:00 a.m. to 5:00 p.m. Monday through Friday. Be sure to check the official schedule to learn about modified hours, special dates when walking is not offered, and the rules and regulations associated with walking at the arena.

Please note, due to the ongoing pandemic, the arena's public skating program has been suspended indefinitely.

No area events listed for the tag "civic-center"