8 Fascinating Facts About the History of Beards

Sponsored by the Chapman Museum

To shave or not to shave has been a much-disputed question over the centuries. Seriously, wars have been fought (and not just the domestic kind).

Distraught significant others, terrified children who no longer recognize their daddies, and put-upon-men could of course tell you that shaving is a sensitive issue without the history lesson. But sometimes history is really fascinating, and the history of beards is really spectacular. But don't take my word for it. 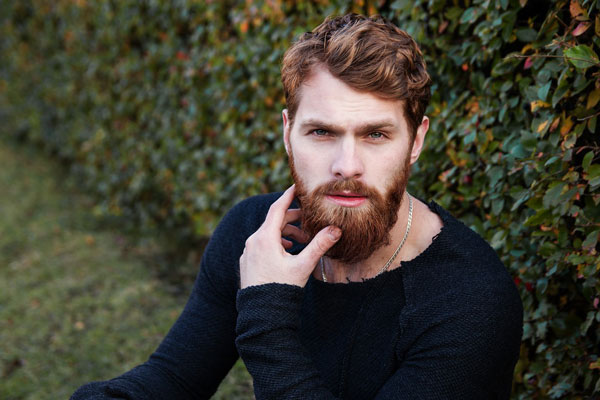 8 Fun Facts About Beards Throughout History

Leviticus made it very clear that ancient Jewish men were not to cut their facial hair. But Hanum, King of the Ammonites, either didn't get the memo or didn't care because he ordered the beards of the Hebrew ambassadors be shorn half off. Needless to say, these half-shaves turned into a full war. (19)

Alexander the Great, while not going to war over beards, recognized the potential hazards of facial hair and ordered his army to shave lest they be caught by the enemy's grip on anything more substantial than a five-o-clock shadow. (20)

The Merovingian Kings in France wore long beards, which they dusted with gold and adorned with jewels, rather like a facial Christmas tree. (24)

This question was up for MUCH debate over the centuries, with various edicts ruling beards alternately in or out of favor for the clergy and their flock. There was that one order that set the fashionable sterotype of clean-shaven monks with a shaved circle on their heads. Honestly, it wasn't long before it became apparent that the Church was hoping for a trickle-down effect on the whole shaving thing. On Christmas day 1105 - CHRISTMAS! - the Bishop of Amiens said nope to communion for bearded men in his congregation, which might have been a bigger deal if any of them had understood Latin. Of course, the whims of fashion will not be denied and the Church was never fully able to control the facial hair of its congregants. (25)

5. And I Bet You Thought England and France Hated Each Other Over Something Stupid Like Money

Nope. It was a beard. Specifically, Louis VII's beard. Apparently in the mid-1150s Louis was feeling a tad guilty for burning alive a church full of refugees, so the Bishop of Paris told him to remove his beard.

(Guys, you'll want to pay special attention to what happened next because Louis should have consulted his wife before he picked up that razor.)

Eleanor of Aquitaine, reportedly appalled by her husband's unshaven face (but not his slaughter of innocents???), promptly secured an annulment and got herself hitched to the very hirsute Henry II of England. Of course, along with Eleanor came her dowry and the entirety of Aquitaine, leading to 300 years of war. But no big, Louis! Shaving your beard was totally a great idea. (26)

6. Sir Thomas Moore Insisted on the Dignity of His Beard

We all know that poor, much-maligned Sir Thomas Moore was a good man who fell victim to the whims of a powerful king. But did you know that Henry VIII's former close friend went to the block to be beheaded and said: "My beard has not been guilty of treason. It were an injustice to punish it." #burn (30)

7. Excuse Me, Sir. Do You Have a License for that Beard?

Peter the Great reportedly wanted to westernize his country, so he ordered nobles and boyars to cut off their beards or face stiff penalties. (Anecdotal evidence suggests that Peter's true motivation was embarrassment over snot hanging from his beard after a particularly violent sneeze... but who are we to judge?) Whatever the motivation, a progressive beard tax was introduced of 100 rubles a year for nobles, 60 for tradesmen and servants, and 30 for residents of Moscow. Peasants had to pay 3 pence. After paying the tax, the bearded man was granted a small copper disk to serve as a beard license. Ladies, take note: this is not a bad idea. (33)

8. Would Abe Lincoln Have Won the Presidency Without a Beard?

In 1860, eleven-year-old Grace Bedell wrote to presidential candidate Abe Lincoln and implored him to grow a beard. "I have got 4 brothers and part of them will vote for you any way and if you will let your whiskers grow I will try to get the rest of them to vote for you - you would look a great deal better for your face is so thin," Miss Bedell wrote to Lincoln. "All the ladies like whiskers and they would tease their husbands to vote for you and then you would be President."

Library of Congress: "The Advice of a Little Girl"