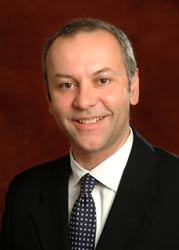 Can my child and I move to Florida so my fiancé can start a new job? My ex says she is taking our child and moving to California. Can she do that?

With the difficult economy and our increasingly mobile society, these are questions we are being asked more frequently. The short answer is no, neither parent can move unless the other parent agrees or a Court authorizes the move. We refer to this as a relocation case.

Initially, we have to clarify the terms we are using. Separated parents can have joint or sole legal custody and shared or sole physical custody of their children. "Physical" custody is the description of the child's living arrangements with the child usually living with one parent and visiting with the other. "Legal" custody is the authority to act for children in major areas of their lives, like medical care. The typical order today mandates joint legal custody and expects that parents can cooperate in making decisions for their children. Having legal custody of your child does not automatically mean that you can relocate any significant distance away.

Parents can always mutually agree on how to raise their children. They can agree to allow the move and come up with a schedule for the child to return to the area for visits. The Family Court is available if the parents are unable to agree on a plan. The parent wanting to move will file a petition with the Court asking that the move be allowed. The other parent can oppose the request and leave the decision to the Court.

The standard for all Family Court decisions, including authorizing relocation, is "the best interest of the child." Questions to answer in support of the move would include:

There may be many other questions but these are a good start.

For the parent opposed to the move, the questions might include:

In a recent case, the mother's proposed relocation two (2) hours away was denied. The father showed that he had had extensive visitation time with the child that would not be practical after the move. Neither parent had a reliable car. In addition, virtually all of the child's family lived in the father's area. The mother who was moving with her fiancé did not have secure housing in the new area. Finally, the offer of nine (9) days visitation each month would be impossible once the child started school. The mother had no plan for those visits.

Every child deserves to be raised by both parents. The child should have a good relationship with both parents. That good relationship is built through regular positive contact between parent and child. On the other hand, parents have to make some tough choices sometimes in providing the best for their children. The choice may be to move. If it is truly best for the child, the move will be approved.

The views and opinions expressed in this article are not the views of GlensFalls.com