They installed the Pepsi soda fountain at your favorite restaurant; stocked the soft drink coolers at your favorite convenience store; and likely hired one or two of your neighbors for summer jobs or full-time positions. 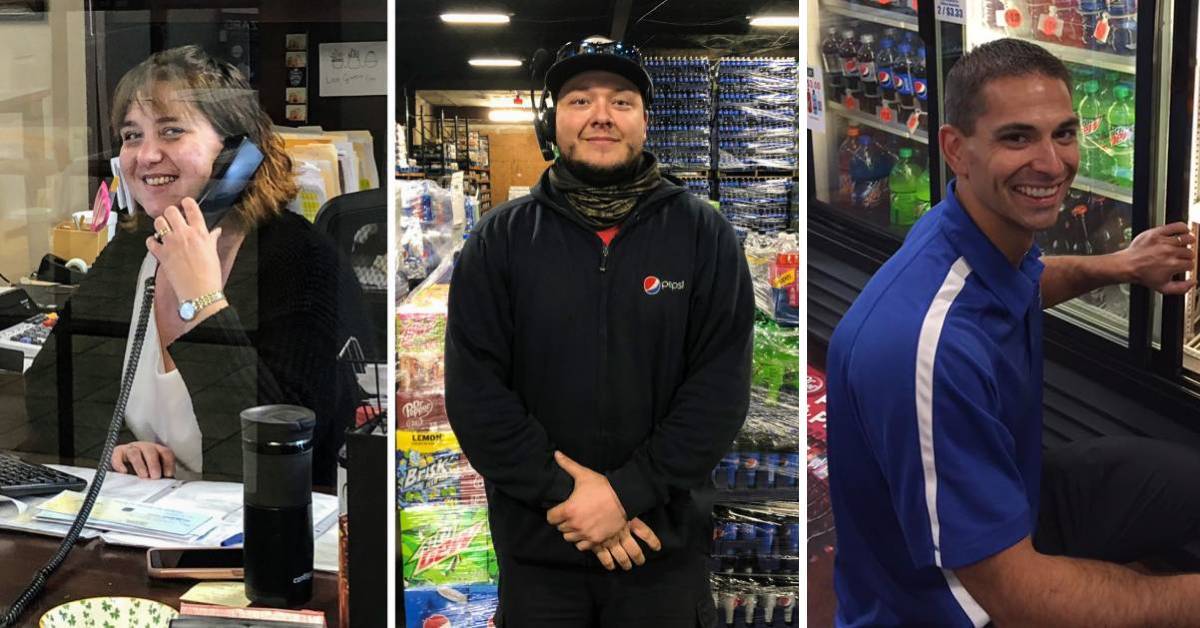 The unassuming yet dynamic Fitzgerald Brothers Beverages is a family-owned, sixth-generation Pepsi distribution company in Glens Falls. Get a peek behind the curtain and into the massive warehouse of this special company that has touched the local community in a myriad of ways.

From Troy to Glens Falls, They’ve Always Been Local 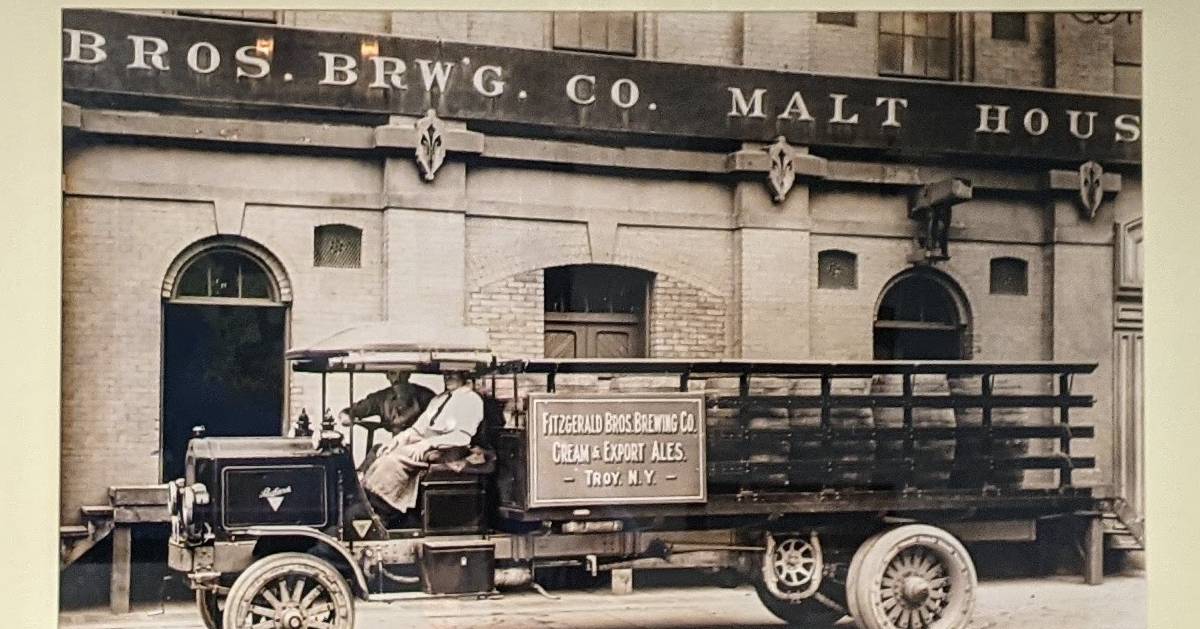 Although they exclusively bottle and distribute Pepsi products today, Fitzgerald Bros. got its start distributing various alcoholic beverages beginning in 1857 in Troy. Until Prohibition was enacted, they even brewed their own beer, Fitzgerald's Beer and Ale.

In 1960, the company purchased the former Pepsi Bottler on Dix Avenue in Glens Falls, and from 1986 to 2011, they distributed all of the Coors brand products to area customers as well.

Today, Fitzgerald Bros. operates out of that same Dix Avenue location and provides Pepsi products and self-service vending to over 950 customers in Warren, Washington, and Saratoga Counties. All customers are within 60 miles of the Glens Falls facility and include schools, hospitals, grocery stores, restaurants, convenience stores, and dozens of other types of businesses. 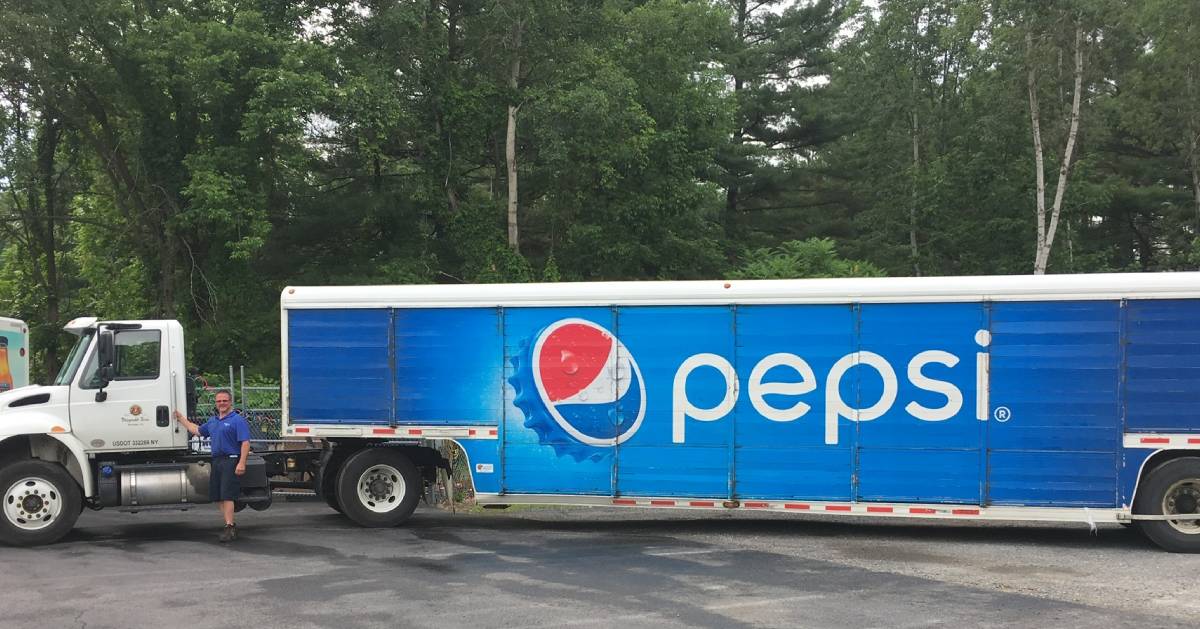 Fitzgerald Bros.' connection to the community extends beyond their customers. The company itself and individual employees are actively involved in local nonprofit organizations, including but not limited to Big Brothers Big Sisters, Operation Santa Clause, Glens Falls Kiwanis, Glens Falls YMCA, South Glens Falls Marathon Dance, and many others.

Read more about their community involvement »

Employees Stick Around at Fitzgerald Bros. 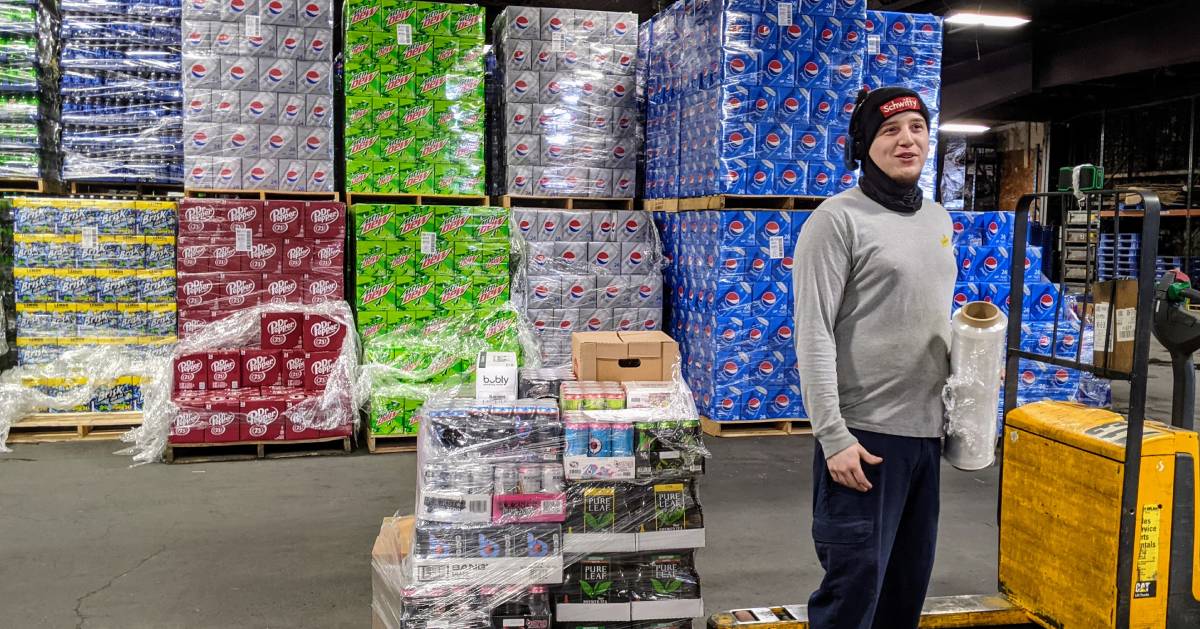 Today, Fitzgerald Bros. is the second oldest family business in the Capital District. All of the employees live locally, and over half have 10 or more years of service with the company (over 600 years total).

"I like working outside and being active, and helping a driver helps afford me that opportunity," Jonah Gold, a Driver Helper who has been with Fitzgerald Bros. for three seasons, told us. "Great group of people in an environment where everyone gets along."

"I have enjoyed my time at Fitzgerald Bros. because it is still a family-owned, family-run bsuiness that truly cares about their employees, their customers, and the community around them," Administrative Assistant Melisa Roberts, who has been with the company for five years, added. "I am treated like a valuable asset instead of just a number on a spreadsheet."

Find out more about the Fitzgerald Bros. team »

Bragging Rights: This Award-Winning Company Is a Shining Star for Pepsi 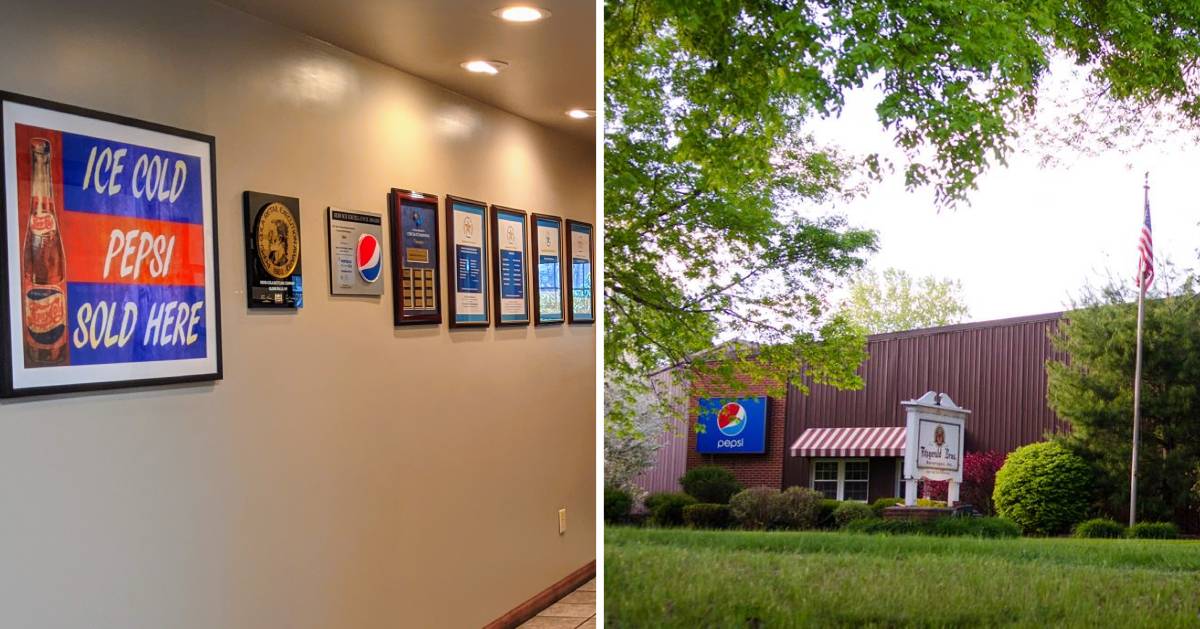 Fitzgerald Bros. stands behind the employees they hire, and they believe in the products they sell, which is part of what's led the company to be nationally touted by Pepsi-Cola. Fitzgerald Bros. is recognized as the only independent Pepsi distributor franchise to have four winners of the Ring of Honor Award that was created in 1999.

Two employees have won the Chairman's Circle of Champions award, created to celebrate the talents and contributions of the operations associates. And, Fitzgerald Bros. is a two-time finalist for the Donald M. Kendall Bottler of the Year Award, which is only given to the top five Pepsi franchises in North America annually.

Get more details on the distribution awards »

The Pepsi Brand: There's More Than Meets the Eye 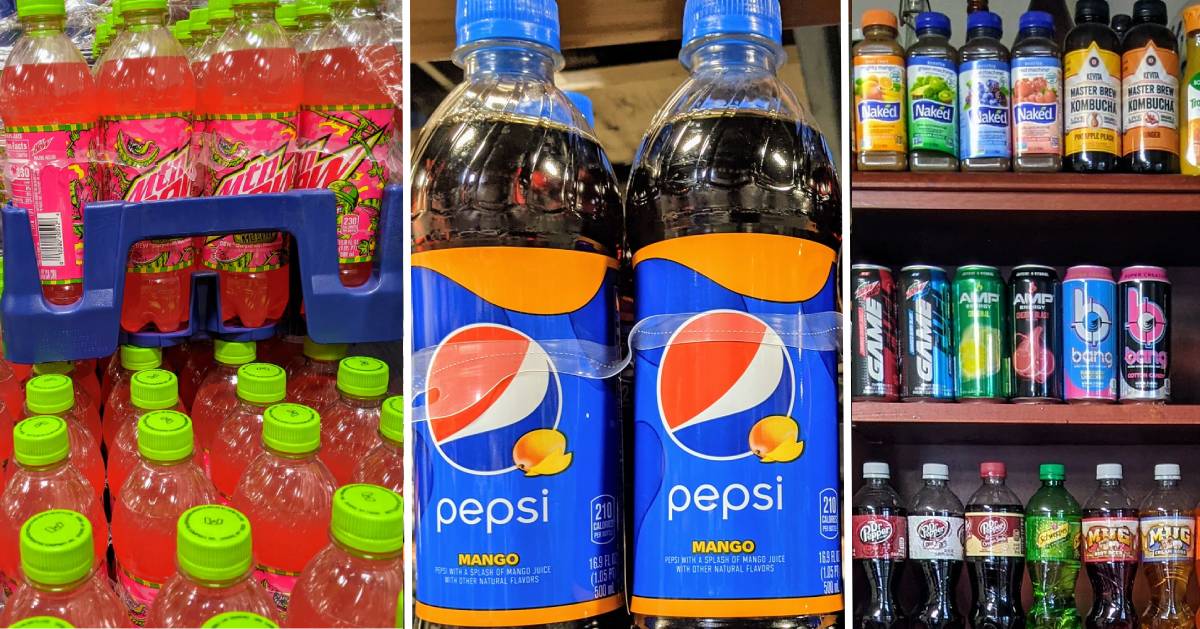 Fitzgerald Bros. customers can purchase not only the Pepsi products, but also receive loaned equipment to store or serve them, like coolers, vending machines, and fountain units.

You Can Be a Part of This Community-Minded, Pepsi Franchise Company 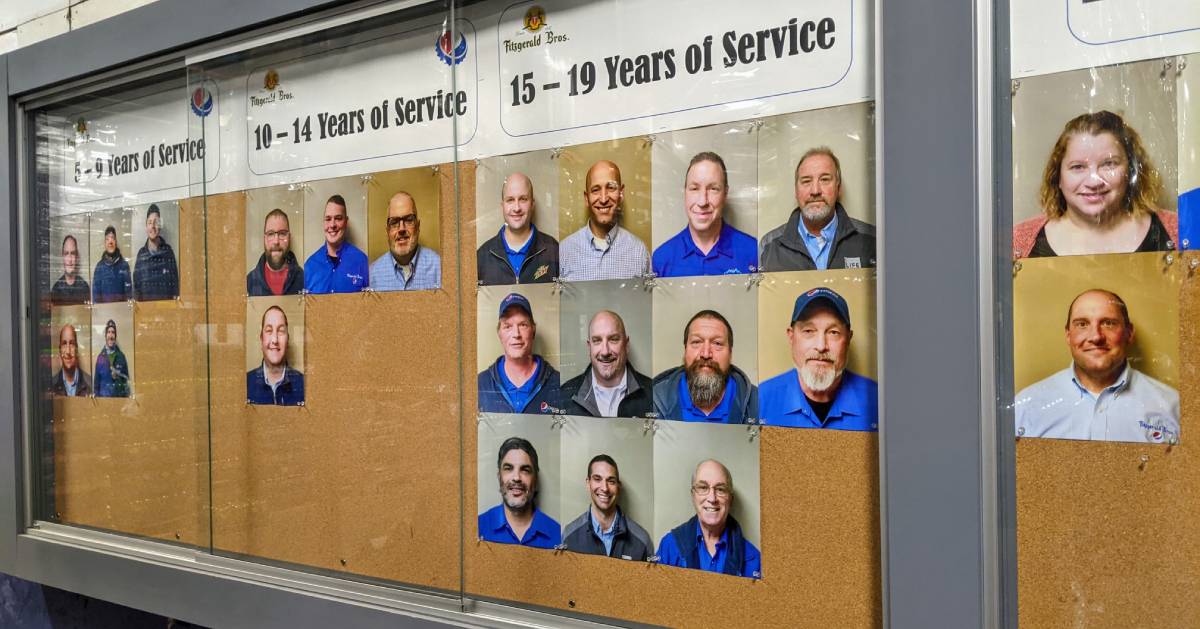 Fitzgerald Bros. is currently looking for team-oriented individuals to join this family-centric company. Due to unprecedented growth, they are hiring for seasonal and full-time positions to join their team of local employees serving the community with the Pepsi portfolio of brands.

If you're open to a new opportunity, check out the Careers Page on their website for open positions. You'll also find details on company perks like excellent salaries, generous paid time off, a best-in-class 401K plan, health insurance, and more.

Apply for a job with Fitzgerald Brothers Beverages today »

« Back to Local Businesses & Services