Regal Cinemas in Aviation Mall is getting bigger and better! Plans to put in two new theaters while renovating the other seven are being put into action as we speak. 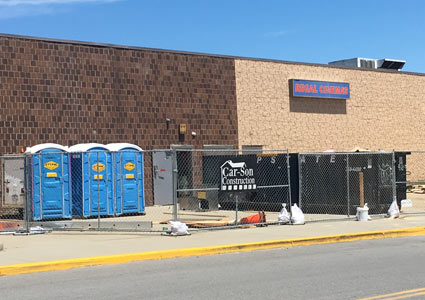 Expansion and renovation of the theater has been proposed, then shot down twice

within the last decade, but this time, it’s for real!

One of the most exciting upgrades for moviegoers is the installation of brand new, reclining seats complete with foot rests and cupholders. The new recliners are on display in the movie theater’s lobby, so you can go try them out for yourself.

Four of the seven existing theaters have already been renovated, receiving new flooring and wall coverings, along with the recliners.

Aviation Mall’s General Manager, Danielle Kiendzior, told The Post Star that the two new theaters are being constructed in a long-vacant, “landlocked” space adjacent to Regal’s existing facility. She expects the entire project to be wrapped up by November.

How do you feel about Regal’s expansion and upgrades? Will it make you more likely to go see a movie?