For over 60 years, the Downtown Glens Falls area has been the home of Scoville Jewelers, which attracts customers from all over. Despite it representing a perfect example of a small business success story in Glens Falls, Scoville Jewelers has announced it will close its doors this year. 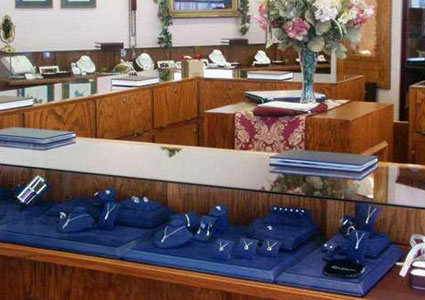 The decision to close was made last January between co-owners and husband and wife Chris Scoville and Debra Vales. After 64 years in business at four different Glens Falls locations, the owners believe it is time to close the store and retire.

The jewelry store originally opened in Glens Falls back in 1952 by Chris Scoville’s parents. Both Chris Scoville and Debra Vales joined the business in the mid-1970s, and a few years later, Chris took on a management role.

Scoville and Vales purchased the building at the corner of Ridge and Glen Streets in 2000, and the jewelry store has operated out of the first floor ever since. The two live on the building’s second floor, and the third floor apartments are rented.

Although the decision to close the business and retire was tough, Chris and Debra are ready to move on to the next chapter of their lives. Once the store officially closes at the end of this year, the two plan on traveling the world to find a place that will serve as their winter residence.

So what’s going to happen to the Scoville Jewelers building? Chris Scoville hopes to find a new retailer for the first floor by January 2017, and he has been in contact with a few multi-store jewelers. In addition, the owners will rent out their second floor apartment during their travels next year.

Although Downtown Glens Falls will certainly miss its presence, the area will continue to be a hotspot for small businesses thanks to the Downtown Revitalization Initiative.

From now until it closes in late December, Scoville Jewelers will be liquidating its jewelry and offering special discounts. Stop in and say goodbye!