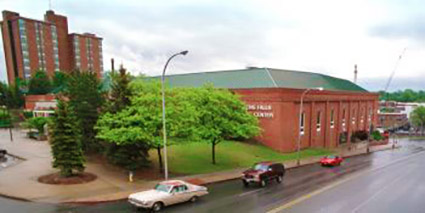 Currently an operations manager for Blue Sky Sports Center in Dallas, Mead graduated from Glens Falls High School in 1992. His parents are longtime hockey season ticket holders at the Civic Center and Mead has substantial experience in hockey, as well. After playing in both high school and college, he moved on to work as a hockey coach, hockey director and coordinator at other arenas.

According to the Post Star, Mead learned of the job at the Civic Center through an article posted on the Post Star’s website. After over a decade long stint in Texas, he is happy to be returning to his hometown. The Civic Center came under new ownership this past spring and has since been looking for ways to revitalize the Civic Center’s events schedule.

Mead told the Post Star, “I’m excited. I’m confident we can do some things to get more events in the building.” In addition to taking the line-up of events to the next level, there are several other improvements on the agenda for this summer. This includes fixing the front marquee, sound system work, and concrete and stone repair.

A big congratulations to Jeff Mead from all of us at GlensFallsRegion.com! We can’t wait to see what’s in store for the Civic Center!