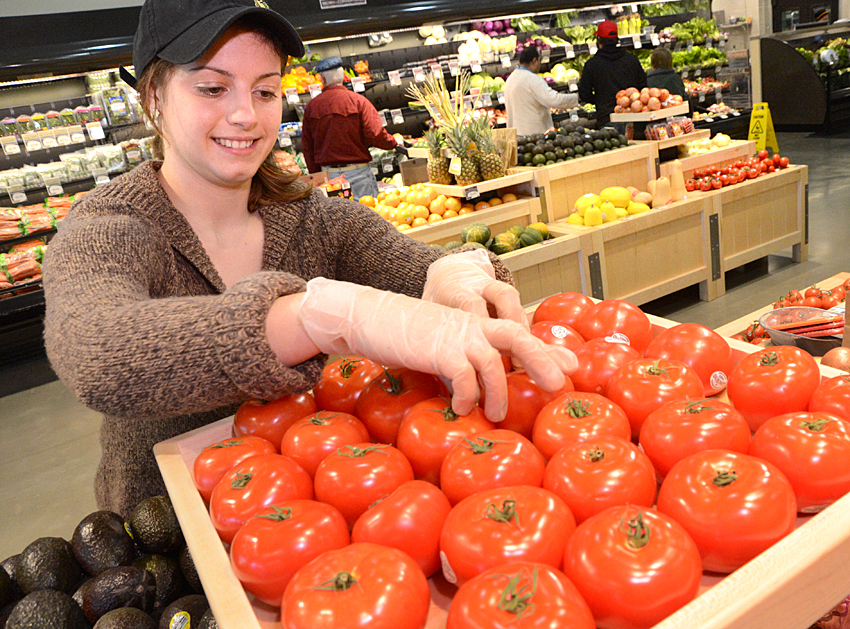 Called the Healthy Living Market and Cafe, the new store is in space previously occupied by J.C. Penney, a 35,000-square-foot “anchor location.”

The store is owned by Katy Lesser and her son, Eli Lesser-Goldstein. They own a similar store in South Burlington, Vt. That store began in 1986 as a small health food store and has grown steadily. They claim that they are now Vermont’s largest natural and organic supermarket.
The Wilton store is the family’s second location.

They chose Wilton because the space available was the right size and the right fit.

“We have know for quite some time that we wanted to open in Saratoga,” Lesser-Goldstein explained. They also like the Wilton Mall location because it is easy to find and has plenty of parking. The store will be accessible both from the outside and from inside the mall.

“People have been so kind, welcoming and accommodating,” Lesser-Goldstein said. “We will become an asset to the community.”

The Wilton store will include a cafe with food prepared on the premises for take-out or eating in, an espresso and juice bar, and a wine shop, called Divine Wines.

Nina Lesser-Goldstein, Kathy’s daughter and Eli’s sister, will operate a learning center at the store, providing cooking lessons, seminars on wellness, wine tastings, and similar activities. Also planned for sale are health and beauty products and a selection of vitamins and food supplements.

The store has become part of the community already, participating in local events and establishing relationships with area farmers and other food producers, according to Alicia DeMartini of People Making Good, a marketing firm in Burlington that represents the store. Lindsay Meilleur recently re-located from Vermont to manage the store. Some 100 employees have been hired and full staff will be between 140 and 150, according to DeMartini, who said a recent job fair was very successful.

Wilton Mall is located on Route 50 near Exit 15 of the Northway. The company website is www.healthylivingmarket.com. The phone number is 306-4900.