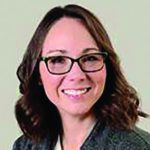 She was previously branch manager of both the Aviation Road and Exit 18 offices.

In her expanded role, she will oversee operations, supervise staff and develop business and personal banking relationships for the South Glens Falls Office. She brings more than 10 years of financial services experience to the position.

Norton is active in her community and serves as an advisory board member of the Salvation Army of Glens Falls, a member of the Fraternal Order of Eagles – Aerie 2486, and an Auxiliary member of the American Legion Post 574.

Norton is originally from Glens Falls and currently lives in Hudson Falls.

Named after long-time WCSWCD Board Member Ronald Montesi who died in 2019, the award “is provided to individuals who have taken the initiative to improve their environment and developed partnerships in their community. The District is committed to recognizing those people who we have worked with to provide new conservation opportunities and enhance existing programs.”

Prylo has been a member of the CEANY Board of Directors since 2014, serving on and leading several committees, and acting as chair of the conference in 2018.

She has worked at SUNY Adirondack since 2014, bringing more than 18 years of progressive responsibility in higher education.

The Albany-based Spofford has more than 25 years of insurance and risk experience in property and casualty, employee benefits and strategic planning. He provides customized solutions that address his clients’ unique needs and safeguard their long-term profitability.

Prior to joining the Upstate Agency, Spofford was vice president with a privately-held, national broker. He achieved the Certified Insurance Counselor (CIC) and the Certified School of Risk Management (CSRM) designations from the National Alliance for Insurance Education & Research.

He also attained his Associate In Claims (AIC) designation from The Institutes – Risk & Insurance Knowledge Group.

Spofford earned a bachelor’s degree in political science from SUNY Plattsburgh and currently lives in Guilderland.

The editors of Graphic Design USA have announced the winners of the American Graphic Design Awards for 2021, among those a graphic design and marketing consultant from Queensbury.

Jake Van Ness of Graphic Precision won for the design created for Simon’s Heating & Cooling, also of Queensbury. The design created was a direct mail piece specifically used for Every Door Direct Mail and was created to list the services provided by Simon’s. Working with the client, it was decided on to make the design resemble a pizza menu with the services listed as “entrees” and the add-ons available listed as “appetizers.”

“It is wonderful to be recognized by peers in the graphic design industry and to specifically have this unique design in the spotlight on a national stage,” said Van Ness. 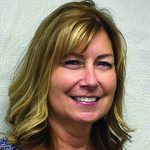 Mrs. DeWitt holds a New York state insurance agents’ license and has been an active member of our local insurance community for over 30 years, in a variety of commercial insurance roles. 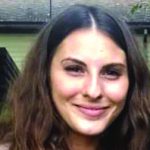 DeMarco, a graduate from Green Mountain College, is the farm-to-school coordinator. Her focus will be to strengthening partnerships between local food producers and area public schools in Warren and Washington counties. The objective of this program is to connect locally grown, fresh, healthy foods to schools and to teach students the importance of healthy eating in an educational setting.

DeMarco will also work to create and implement the Harvest of the Month program, which highlights a different local product each month. 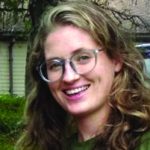 After graduating from Green Mountain College, DeMarco earned a B.S in natural resource management and a B.A. in animal care and conservation, focusing on law and policy. Before her time at CCE, DeMarco worked at The Wild Center, a natural history museum in the Adirondacks.

Devaney, a graduate of Siena College and currently perusing her M.S. in Agriculture and Plant Health Management from Washington State University, is the new community horticulture coordinator.

She will oversee Warren County’s master gardener volunteer program, and assists with related programs for CCE Saratoga. She will also deliver educational programs and resources on diverse community-based horticulture topics.

Devaney is originally from Long Island, spent her undergraduate years studying environmental science at Siena College. She went on to spend five years working as an educator at the Queens and Brooklyn Botanic Gardens, where she received a certificate in horticulture. 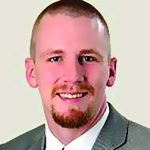 Glens Falls National Bank and Trust Co. announced that Matthew Curren has been promoted to retail banking regional manager for the Adirondack Region.

Curren will oversee the banking operations, customer experience and staff of 14 offices located throughout Warren, Essex and Clinton counties.

He joined Glens Falls National Bank in 2018 as branch manager of the Schroon Lake office and was most recently the regional operations manager.

Curren earned a Bachelor of Arts degree from SUNY Potsdam. He grew up in Bolton Landing and currently lives in Schroon Lake. He is involved in the community as a board member of the Schroon Lake Chamber of Commerce and the Adirondack Marathon Distance Festival. 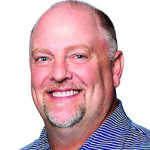 Kowalczyk began his insurance career in 2010 and currently holds his state property and casualty license and a state life, accident & health license. He will begin courses to earn his Certified Insurance Service Representative (CISR) designation.

He is a native of the Utica area and a 30-year resident of the Glens Falls area. He currently resides in Queensbury. 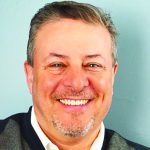 NBT Bank announced Mark Sidoti has joined the company as a community banker.

He is based at the NBT office located at 295 Broadway in Saratoga Springs.

As community banker, Sidoti will be responsible for managing customer relationships and serving as a financial partner for the Saratoga Springs and Glens Falls region.

Sidoti brings more than 30 years of business development and sales experience in the telecommunications, payroll, outsourcing, and employee benefits industries.

Rucinski brings more than 14 years of insurance experience in the greater Capital Region to the company.

He is certified through the International Risk Management Institute (IRMI) as a construction risk insurance specialist (CRIS), and through the National Underwriter Company as a commercial lines coverage specialist (CLCS). He is licensed with the New York State Department of Financial Services as a property and casualty insurance agent/broker.

He holds a Bachelor of Science degree from Roger Williams University in Bristol, R.I. He currently lives in Wilton.

Glens Falls National Bank and Trust Co. announced that Stephanie E. Holmquist has been promoted to the position of officer and Schroon Lake branch manager.

She began her career with Glens Falls National Bank and Trust Co. in 2016 as a traveling teller and was subsequently promoted to traveling assistant manager earlier this year.

Holmquist earned her Associate of Applied Science degree from Maria College of Albany. She volunteers in her community at the Schroon Lake Public Library and for AIM Services, Inc.

Kingsley will join NBT’s executive management team and be based at the company’s headquarters in Norwich, NY.

He brings 35 years of experience to his new role, including 16 years as a member of the leadership team at Community Bank System, Inc. where he served as chief operating officer and prior to that as chief financial officer.

Kingsley started his career with PricewaterhouseCoopers and was employed there for eight years before joining the Carlisle Companies, Inc., a large publicly traded manufacturer and distributor, where he served first as corporate controller and then as chief financial officer of its Carlisle Engineered Products operating division.

A Certified Public Accountant, Kingsley earned his bachelor’s degree in accounting at Clarkson University. He is a community leader and volunteer, serving on the Crouse Health Foundation Board of Trustees and on the Audit and Finance Committee for the Catholic Diocese of Syracuse.

He also volunteers with OnMyTeam16, a nonprofit organization supporting children in the fight against cancer, and is currently training for the 2021 Boston Marathon as part of the Dana-Farber Cancer Institute team.

Adirondack Health Institute announced the appointment of three new members to its board of directors. Jeannie Cross, Geoffrey Peck, and Robert Ross will each serve a three-year term.

A retired health care executive, Cross most recently headed state and federal government relations efforts at Metropolitan Jewish Health System (MJHS), one of New York’s largest and most comprehensive systems of short- and long-term sub-acute and post-acute care services. In that role, she spearheaded legislation and regulation that expanded hospice and palliative care options and worked on initiatives to improve the coordination of long-term care across multiple settings and enhance chronic care. In recognition of her achievements, LeadingAge New York awarded her their 2015 Advocacy Award.

Peck serves as the vice president of population health at Nathan Littauer Hospital & Nursing Home and Executive Director of the Nathan Littauer Foundation. Working collaboratively with AHI and numerous partner organizations, Peck held a number of roles for the recently-concluded Delivery System Reform Incentive Payment (DSRIP) Program, including serving as the executive lead of the Fulton County Population Health Network (PHN), one of five such networks that were part of the AHI PPS (Performing Provider System).

In addition, he served as the executive lead for two KPMG-guided Medicaid Accelerated eXchange (MAX) projects which focused on reducing readmissions and visits to the hospital’s inpatient setting and emergency department. 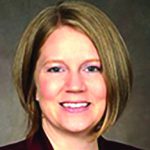 As part of the senior leadership team,  Jones will be responsible for all activities related to the Arrow Family of Companies branding, marketing, communications and community outreach and development.

Jones joined the company in 2012, was named director of marketing in 2017 and vice president in 2018. She has more than 15 years of experience in communications and marketing.

Shes earned a bachelor’s degree in mass communication from Washington and Lee University. She is active in the community serving on various local nonprofit committees including the Southern Adirondack Child Care Network. 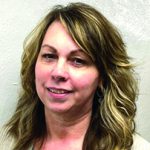 Taylor spent over 20-years working on the provider side for a human services agency in Texas.  She transitioned into the insurance arena five years ago and attained her New York State insurance agent license after moving to the area in 2019.

Peckham Industries Inc.,  which has locations in Warren and Washington counties,  announced that its board of directors has named Damian Murphy as chief executive officer.

Murphy will serve as a member of the board. He has over 25 years of experience in the construction materials sector, working with both public and privately held companies.

Murphy succeeds John R. Peckham, who has served as president and chief executive officer since 1992.

Most recently, Murphy founded OPL Advisors, an advisory firm to the industry. Prior to that, he was part of the original founding team at Summit Materials and served as regional president through its growth, initial public offering (IPO) and continued expansion. He also served in company and regional president roles for Oldcastle-CRH in the mid-Atlantic and Midwest regions.

Prior to that, he served as vice president of Aggregate Industries’ Rocky Mountain region, responsible for aggregates and hot mix asphalt production and sales. Before joining Aggregate Industries, Murphy worked in the mid-Atlantic region for a top 10 privately held aggregate supplier and began his career in Europe.

Murphy received a bachelor of engineering degree with a concentration in minerals engineering from the Camborne School of Mines in the United Kingdom and holds a master’s in business administration from the University of Dayton, Ohio. 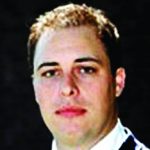 Nazarian was previously employed at Stewart’s Shops and as an assistant football coach/ He also worked for Wynn Las Vegas as a slot supervisor.

His responsibilities at the company will include recruitment for large corporations nationally as well as niche local placements.