Warren and Washington counties received some $9.8 million  in economic and community development funding through Round VIII of the Regional Economic Development Council initiative. The funding covers 18 projects.

The money is part of $67 million awarded to 95 projects in the Capital Region. The state award a total of $763 million statewide.

As a new legislative session kicks off, I am eager to get back to work on behalf of the people of the North Country. This year will be very challenging, but I remain optimistic that we can accomplish many great things.

I hope to continue to fight for our fair share of school aid funding to ensure our children have a bright future.

We need to continue to address the infrastructure issues we are facing in our Adirondack communities, including funding for advancements in our broadband infrastructure and cell service, money to combat environmental issues as well as addressing the growing EMS coverage issues.

I will also continue to advocate for funding to address the opioid crisis. Providing key services such as in-patient treatment, recovery and prevention education is crucial in fighting this statewide epidemic.

Education funding is always a top priority. We will continue to focus on increasing the Foundation Aid for our schools to ensure a quality education for all of our students.

The FUND for Lake George has announced the establishment of a Council of Business Advisors to help foster the active participation of the regional business community efforts to keep Lake George clear and clean for future generations.

The FUND formed the council to incorporate the business community’s perspective into discussions about lake protection initiatives, and to tap into the community’s business acumen when planning protection efforts, the group said.

Members will offer guidance to The FUND’s staff as they expand and enhance their multi-faceted approach to lake protection, with a particular emphasis on combatting the three greatest risks to the Lake’s long-term health: invasive species, road salt, and excess nutrients from faulty septic, sewer and storm water systems.

The Adirondack Regional Chambers of Commerce (ARCC) announced that Eric Gilbert of Six Flags Great Escape was elected to serve as chairman of its board of directors for 2019.

Gilbert has been a member of the board of directors since 2013 and served as chair-elect in 2018.

“I am honored to be part of this exciting group of business and community leaders. The Adirondack Regional Chambers of Commerce is a key component in helping local companies succeed, grow and thrive, as well as in expanding economic opportunity for those who live and work in our region,” said Gilbert.

“We are blessed to have Eric Gilbert elected as the Adirondack Regional Chambers of Commerce Chairman of the Board. Mr. Gilbert’s passion, experience and commitment to our area will help ensure that our business and non-profit community will continue to work together to make our region one of the best places to live in the world. Many thanks to Tim Jansen for his leadership as chairman over the past year,” said Michael Bittel, ARCC president and CEO. 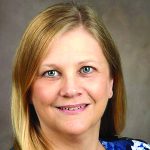 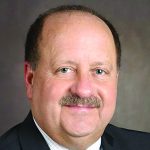 In Munger’s new role, the Bank Secrecy Act, Anti-Money Laundering (BSA/AML) and fraud and physical security functions will report directly to her. She will also facilitate compliance initiatives across the company.

Munger has been with the bank since 2007. She was promoted to assistant vice president, compliance professional in 2010. 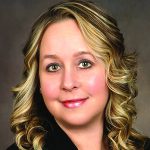 In addition to his expanded role as corporate secretary, Lareau also serves as chief risk officer for Arrow and its subsidiary banks.

Lareau joined the bank in 1982 as a management trainee. He most recently served as senior vice president of compliance, human resources and training.

Active in the community, Lareau is president of the Warren-Washington Association of Mental Health board of directors as well as a member of the Glens Falls Lions Club.

The board of trustees of The Hyde Collection has appointed Norman E. Dascher Jr. as chief executive officer after an extensive national search.

Dascher, a resident of Diamond Point on Lake George and longtime regional nonprofit executive, brings to The Hyde more than three decades of nonprofit leadership experience.

He succeeds Anne Saile, who has served as director since June 2017.

“Norm brings to The Hyde long and successful experience in raising money and expanding modern nonprofit institutions to serve the growing needs of communities,” said David Howson, chair of the museum’s board of trustees. “His commitment to preserving the Hyde legacy, building new audiences, and ensuring the best and most modern visitor experience will build on The Hyde’s momentum and its many strengths.”

Most recently, Dascher served as president of Samaritan and St. Mary’s Hospitals in Troy, and as vice president of St. Peter’s Health Partners. He has earned numerous honors, including the Regents Award from the American College of Health Care Executives, Albany-Colonie Regional Chamber of Commerce’s Time and Service Award and United Way’s Unsung Hero Award, among others.

Julia Herz, craft beer program director for the Brewers Association which represents more than 4,800 U.S. breweries, said brewers are “finding ways to differentiate themselves in a competitive market, become pillars of communities, and embrace new experiences and occasions to connect with beer lovers.”

A report by the association covered a variety of topics as it looked back at 2018.

• Stable and Steady: The craft brewing industry continues to grow. The Brewers Association’s mid-year survey measured 5 percent growth by volume, and although there have been signs of slightly slower growth in the second half of the year, it is clear that craft beer sales will once again reach a new high in 2018.

With the new year, many people are making resolutions to live a happier, healthier lifestyles. While that is often connected to physical health, the connection between physical wellness and mental health has come to the forefront.

Turning Leaf Counseling Services, at 5 Warren St., Suite 209, in Glens Falls is a place where people can go to seek assistance with everything from depression to Post Traumatic Stress Disorder (PTSD) to family counseling.

Located on Warren Street in Glens Falls, the practice is shared by partners Kristine Karig, LMHC, and Krystal Gleason, LMHC. Karig said the two met while attending graduate school at the College of St. Rose. They performed their internship and residency at the same agency, and later worked together at CWI Inc. as behavior specialists

The “Looking Forward 2019” event will be a review of economy with two regional experts. EDC said they will address issues such as: What will the new year bring for business and economic development in our area? Where are the opportunities and potential pitfalls?

Registration for the event will begin at 7:45 a.m. The breakfast will ensue at 8 a.m.

Seating is limited. The EDC is encouraging people to reserve seats by Jan. 23 at a cost of $20 per person.

High Peaks Hospice has relocated to 454 Glen St. in Glens Falls after outgrowing their office at 79 Glenwood Ave.

“We were growing and are still growing,” said fundraising coordinator Marisa Multari. “That space on Glenwood became too small.”

The new location, once a private residence, has plenty of room for expansion, she said. In addition to the main building, there is a 900-square-foot carriage house on the property. Several offices, including Multari’s, are located in the carriage house.

High Peaks does not offer inpatient hospice care The location on Glen Street houses office and support personnel only.